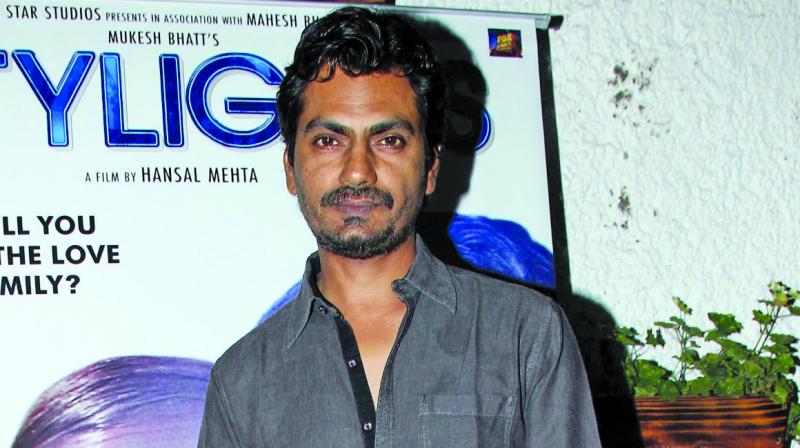 Mumbai: Known for being one of the versatile actors of Bollywood, Nawazuddin Siddiqui recently expressed his anger about the differential treatment and racial discrimination on the basis of colour.

Bringing out the ill of the Hindi film industry to the forefront, the 43-year-old took to his Twitter handle and expressed himself through a recent abstruse tweet.

He tweeted, "Thank U 4 making me realise dat I cannot b paired along wid d fair & handsome bcz I m dark & not good looking, but I never focus on that. (sic)"

Thank U 4 making me realise dat I cannot b paired along wid d fair & handsome bcz I m dark & not good looking, but I never focus on that.

This tweet is a response to Nawazuddin's upcoming film 'Babumoshai Bandookbaaz' casting director Sanjay Chouhan, who made a bizarre racist statement while revealing the process of casting the starcast of this film.

Talking about Nawazuddin's selection, the casting director had said, "Nawaz was on the project even before its inception. Later Chitrangada Singh who was roped in opposite Nawaz left the project abruptly. So we had to again hunt for the leading lady."

"Keeping Nawaz in mind, all other characters were taken on board. We can't cast fair and handsome people with Nawaz. It would look so weird. You have to take people with distinct features and personalities when pairing them with him."

Siddiqui's response to this statement proves that he is beyond everything and is not an insecure actor.

He is known for giving impeccable performances in films like 'Gangs Of Wasseypur', 'Kahaani', 'Bajrangi Bhaijaan', among others.

In the early years of his career, the 'Raees' star was a TV reject and was no more than a junior artiste on a film set.

On the work front, the 'Haraamkhor' star recently made a special appearance in Anurag Basu's 'Jagga Jasoos' and is all set to shake his legs in his upcoming movie 'Munna Michael', alongside Tiger Shroff.

'Munna Michael' is all set to hit the theatres on July 21.