Between day one and two, Anurag Basu’s Jagga Jasoos has recorded a growth of around 20-25 per cent in the collections. 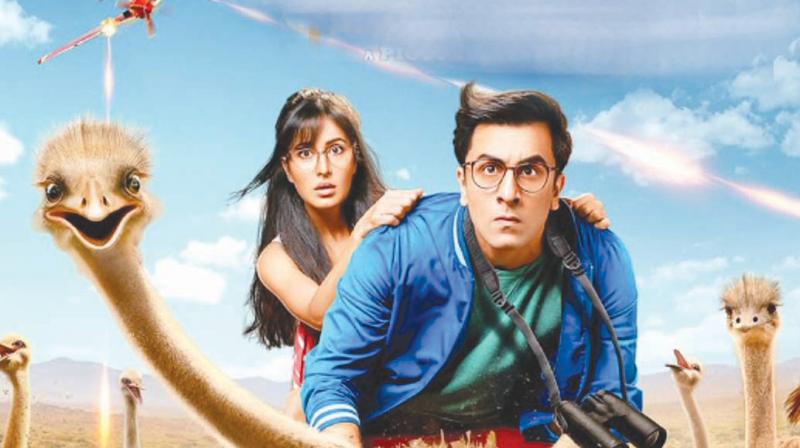 Between day one and two, Anurag  Basu’s Jagga Jasoos has recorded a growth of around 20-25 per cent in the collections. Presently, it is not clear what the outcome at the box office will be.

There are reports pan India of audiences walking out of the film, much in the same way that they did during Salman’s Tubelight a month ago. The spin doctors may be trying hard to convince that the film is growing by the day, but the marketing and PR machinery are at it, the distributors and exhibitors are groaning at the prospect of another loser at the box office.

But if you thought the Jagga Jasoos team is not grieving over the poor collections, think again.

“We knew what was coming,” a prominent individual from the production team says. “It was dicey, but we hoped it would pick up over the weekend. And it has.”

However, plans of doing a sequel to Jagga  Jasoos  have now been dropped. According to sources, this decision was taken even before Jagga Jasoos released.

“Anurag Basu had written the film as an ongoing series. The adventures of  Jagga Jasoos,  just like  Satyajit Ray shot the adventures of  Feluda. But making  Jagga  Jasoos was not easy. It has been an exhausting experience. And the audiences’ response is not encouraging enough. So, the sequel won’t happen,” says the source.