Being trolled is a sign of success, says Arjun Kapoor

This is the first time Arjun gets an opportunity to prove his comic skills in Mubarakan. 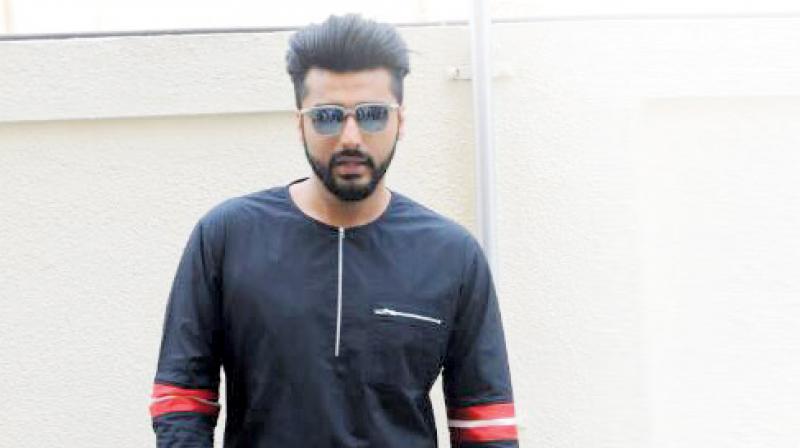 Son of a famous Bollywood producer, Arjun Kapoor has come a long way from being called just that. He has set a path for himself and has proved it time and again that he is here to stay. His folks say he is a prankster and is known for his wit. This is the first time Arjun gets an opportunity to prove his comic skills in Mubarakan. Excerpts from a chat:

Does comedy come naturally to you?
I love comedy and do it all the time, but this was the first opportunity for an out and out comedy. I have grown up watching comedy films, and I connected to them as a viewer. Hence, Mubarakan was the perfect film that allowed me to be in my elements. It’s just the madness in the script that works. I think comedy is an underrated genre.

Are you also open to do sex comedies?
I have never been approached for a sex comedy, and there have not been too many made either. I don’t see the wit in a sex comedy, and you can’t do the crass kind as it alienates a lot of your audience. To be able to pull off a cool sex comedy is not easy.

How was it sharing space with Anil Kapoor?
I wanted to be deserving and earn the opportunity of working with Anil Kapoor. It was on my wishlist, but I never expected this perfect a script to come by so early in my career. I have grown up admiring him and wanted to be somebody of merit to be able to share the screen space with him.

Do you consider yourself a star?
I hate that word. Every time you use that word, it negates the pure desire of wanting to act. I want to be a good actor who may be a star, and that’s more important. Stardom today is very different than what it was years ago. Today your work defines you, and with every film, your stardom is double-checked. The measure of stardom has changed, and I would like to believe that I have a value and have done enough to retain it. You cannot be a star if you cannot bring in the audience.

How did you deal with the response when Half Girlfriend didn’t pan out as expected?
If it didn’t work, then it would have been a disaster, but it did quite well. Nobody lost money on the project, so I don’t know whether I should believe the social media world of trolls or the audience who spent money to watch the film. When you want to trash something, you will always see the wrong side only. I met folks from Bihar who were proud that I played my part well. I am very proud of the film, and it got what it deserved as the box office numbers don’t lie. The reality is that the movie got mixed reactions and did decent business. Social media thrashing does not equate the box office barometer.

How do you react to the trolls?
Sitting behind a keyboard and having an opinion or saying something is spineless. These trolls have individual agendas, so they put you down, but I draw my inspiration from the love that I receive. If you are not getting trolled that means you are not successful. So, trolls are important as they are constant reminders that you affect people’s lives by being successful, and those are bitter people who can’t tolerate the fact that you are doing well. Sometimes they talk such rubbish that I want to correct their English at times. At least read what you have written before saying anything to me. I look at it as an achievement where you are making people jealous that they need to hide behind a keyboard to get back at you.

What are your words on nepotism?
Nepotism exists in every field. It’s just that we don’t have degrees in this industry and we all get one chance. I do agree the doors opened for me, but after that, it was between the audience and me. No one is going to buy a ticket or offer you work because of your surname.

It’s a business at the end of the day. Why don’t we focus on the good that the film industry does?
It is the most cosmopolitan business in our country. We don’t have racism here, and your talent is your biggest qualification. Yes, it’s tough to get an opportunity, but an average film set gives employment to around 200 odd people in one go.