The megastar was once termed as a third rate actor from a third world by a foreign country, and was asked to leave their shores. 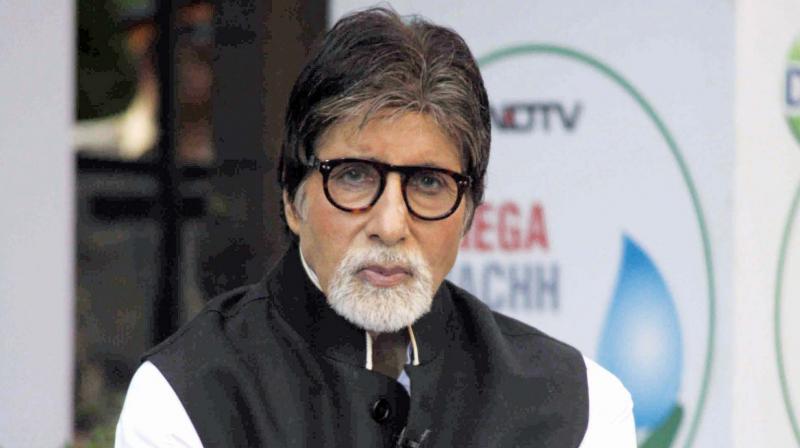 Amitabh Bachchan was once described as a third rate actor by a foreign country.

Mumbai: Megastar Amitabh Bachchan hopes India will soon become a developed country as he finds it painful to see it being tagged as a Third World nation.

Praising the recent discovery of a galactic supercluster by Indian space scientists, he said it was only appropriate to name it after the goddess of learning -- Saraswati.

"A bunch of Indian space scientists discovered a galaxy which they felt was billions and multiple times billions (sic) the size of our Sun... that is like unbelievable... and perhaps that is why gave a name which most suited it - SARASWATI - the goddess of learning!," Bachchan wrote on his blog.

A team of Indian astronomers have discovered an extremely large supercluster of galaxies -- as big as 20 million billion suns, Pune-based Inter University Centre for Astronomy and Astrophysics (IUCAA) has said.

This is one of the largest known structures in the neighbourhood of the universe, 4,000 million light-years away from Earth and roughly more than 10 billion years old, it has said.

The 74-year-old star then went on to talk about how it troubled him to see India described as a developing nation.

"INDIA... the developing nation... the Third World nation... Painful to be titled thus... and pray and believe that in time it shall no longer be developing but DEVELOPED in its status and become the First World than the Third (World)!" he wrote.

The actor said when his visit to a country had created furore, the fans and the media derided him by saying, "This third rate actor, from the Third World country, should leave our shores..."

"The former is most correct... but the latter shall be persevered to change, to become the first, to be the best and most loved and revered," he added.