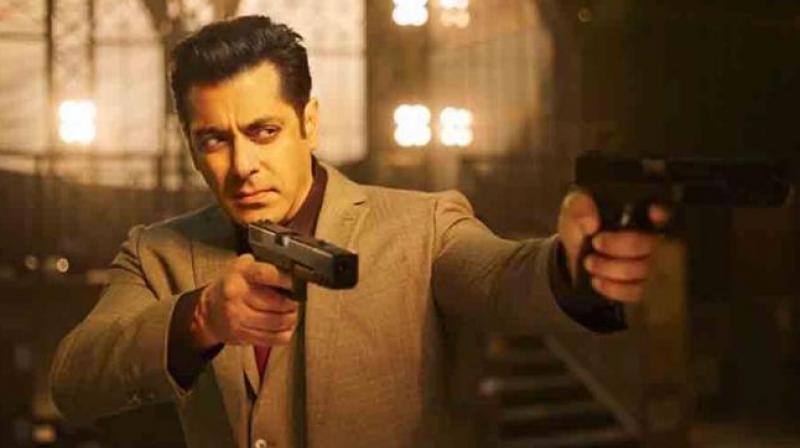 Salman Khan in a still from ‘Race 3.’

Mumbai: It’s a give-and-take between Salman Khan and his fans on Eid.

The superstar has gifted them his Eidi with his big budget action thriller, ‘Race 3’, and they have returned the favour by going out in huge numbers to the theatres.

The result? ‘Race 3’ has hit the three-figure mark at the box office in the opening weekend itself.

After grossing the highest figures of the year for any Bollywood film, on Friday and Saturday, with Rs 29.17 crores and Rs 38.14 crores respectively, the Remo D’Souza directorial went one notch higher, minting Rs 39.16 crores on Sunday.

However, the figure is lower than Tiger Zinda Hai (114.93 cr), and it’s surprising that his Christmas release took a better opening than his Eid counterpart.

‘Race 3’s thunderous opening also proves that Salman is almost (due to ‘Tubelight’ and ‘Jai Ho’) ‘critic-proof’ at the box office.

Critics have gone hard at the film and negative reviews and one, two-star opinions have outshined the few and far between words of appreciation.

But that’s not new for Salman as he has delivered hits amid poor critical reviews several times before.

The film will have to pass the crucial Monday test to enter into safe zone.

However, the Saturday and Sunday collections despite negative reviews flooding in since Friday prove that audiences, like Bhai, don’t care about critics at all and will ensure ‘Race 3’ is declared a winner.