Entertainment   Bollywood  18 Jun 2018  SOTY 2: Tiger is cynosure of Ananya, Tara's eyes, but for whom does his heart beat?
Newsmakers

SOTY 2: Tiger is cynosure of Ananya, Tara's eyes, but for whom does his heart beat?

The trio have reunited for the second schedule of the film directed by Punit Malhotra and produced by Karan Johar. 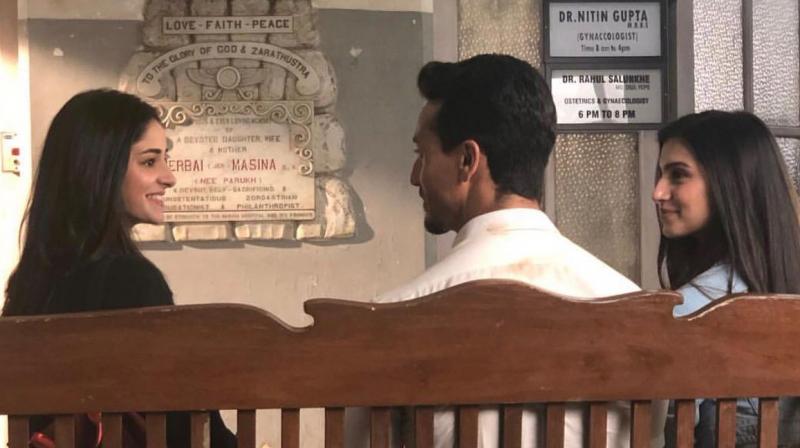 Ananya Panday, Tiger Shroff and Tara Sutaria on the sets of ‘Student of the Year 2.’

New Delhi: The team of 'Student of the Year 2' has begun shooting for the second schedule of the film.

Film critic Taran Adarsh took to Twitter to share a still from the sets, in which lead actors Tiger Shroff, Tara Sutaria and Ananya Panday can be seen sharing a candid chat.

Tiger is surely the cynosure of the both the ladies’ eyes in the still, and we wonder if his look at Ananya has anything to do with the story of the film.

Ace filmmaker Karan Johar had introduced to the world the students admitted to the class of 2018 at St Teresa.

Directed by Punit Malhotra, the film will hit the big screens on November 23.