Arjun Kapoor, Kriti Sanon and Sanjay Dutt were all geared up to begin shooting soon, but it now appears unlikely. 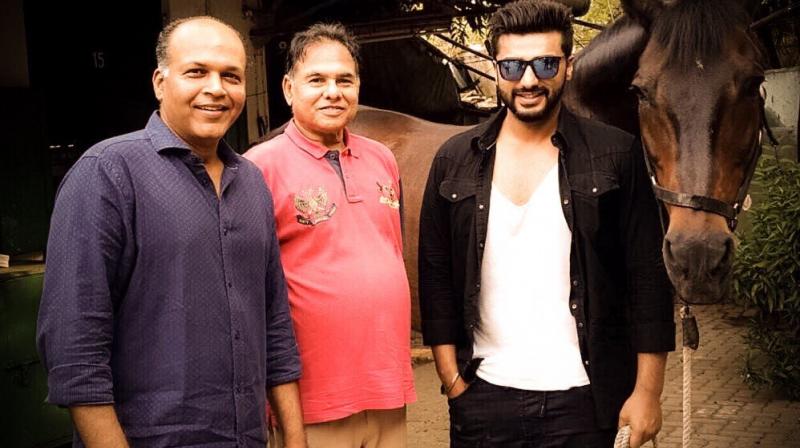 Ashutosh Gowariker with Arjun Kapoor while training for 'Panipat'.

Ashutosh Gowariker had announced his next project ‘Panipat’ some time back. Arjun Kapoor, Kriti Sanon and Sanjay Dutt were all geared up to begin shooting this one soon, but that now appears unlikely.

Ashutosh has become a forgotten name post his disaster film ‘Mohenjo Daro’. His lead actors, ‘Half Girlfriend’ actor Arjun Kapoor, ‘Raabta’ actress Kriti Sanon and an actor who is trying hard to hog limelight with a biopic and doing a multi-starrer ‘Kalank’, Sanjay Dutt, too might have pinned some hopes from the project after giving flops, but none of their dreams seem to be taking off, atleast not anytime soon.

According to a close source of the film, "‘Panipat’ is facing a lot of financial trouble. The film which was supposed to go on floors soon is now on a back burner. The cinematographer Kiran Deohans has quit the film and is in no mood to join the crew back."

With Kiran’s exit from the film, time will now be able to tell who can replace him, or if the crew can talk out with Kiran and make him come back on the film. But it appears highly unlikely that the film would go on floors soon, like most people are made to believe.