They have glamorous lives, but are like any ordinary fun-loving individual, and their posts show it! 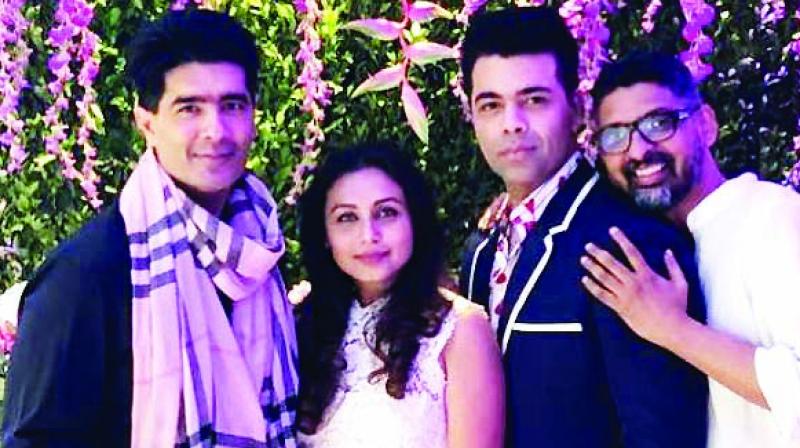 Inside photo of Karan Johar’s birthday party which he posted on social media.

In the recent past, our celebrities have embraced the idea of posting intimate moments from their exclusive parties and events. The Sonam Kapoor-Anand Ahuja wedding was deemed as the biggest celebrity event of 2018. It brought together two celebs that were at loggerheads till recently — Salman Khan who recently posted a video on his Instagram handle. In the video, one got to be privy to the two ruling Khans of Bollywood along with Mika Singh and the father of the bride, Anil Kapoor, all showing off their moves. In the video, we also got to hear Salman singing Janam samja karo and Jumme ki raat hai live. The Dabangg star was joined by Mika, the original singer of the song. He posted another video where both the Khans were singing to the mother of the bride, Sunita Kapoor.

Even Karan Johar’s mum Hiroo Johar recently celebrated her 75th birthday with much fanfare. The event saw the who’s who of Bollywood in attendance. Bollywood star Kajol  took to Instagram and shared a video of Karan, Hiroo and Yash Johar at the bash. Another video sees Sonu Nigam coaxing Hiroo Johar to sing Baar Baar Dekho with him. Similarly, Karan Johar posted a few Instagram stories from a bash thrown by Shweta Bachchan Nanda. In one of his stories, she is seen talking to guests. It’s plain to see that celebrities don’t shy away from sharing such fun aspects of their lives with fans now.

Yet, while all is hunky dory on the fun aspect, celebs want to show that they are ordinary people who lead relatively normal lives. Sandalwood actress Rajshri Ponappa says, “I think the young brigade of actors have never shied away from posting videos or pictures. Maybe the senior brand of actors had to keep their lives private as their lives were so public. People wanted to know what was happening and how they lived etc. Now, people know the truth and realise that celebs are no different from regular people, From keeping matters private, senior actors have embraced posting pictures and videos. This trend has seen a huge change as celebs are more comfortable posting moments on social media handles. By sharing such moments, celebrities want to connect with the audience and let them know that they are also regular people with glamorous jobs.”