While her debut film Hero garnered mixed reactions and was far from a hit with the critics, daddy Suniel declares that the film was a hit. 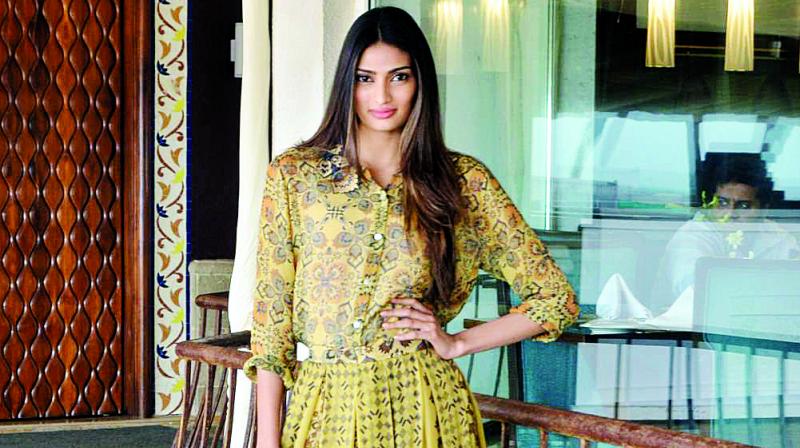 Actor Suniel Shetty, a very protective father, is extremely proud of his daughter Athiya Shetty’s achievements. While her debut film Hero garnered mixed reactions and was far from a hit with the critics, daddy Suniel declares that the film was a hit.

“I think it’s debatable, since some sections of media said it didn’t work and some said it earned Rs  47 crore. For a newcomer like Sooraj and Athiya, that’s a great result, since it goes to show that they have done their job. Tell me, how many newcomers or established actors have managed to draw that kind of a collection in the last few years?” says a defensive Suniel.

“Its an official number, not my number. According to me it’s a successful film, it’s a very commercial film. Now she is doing Mubarakan because it’s an entreating film and more announcements will come. I think Athiya is going slow but very steady,” the doting father added.

Meanwhile, Suniel is also thrilled about his son Aahan’s Bollywood debut. The 21-year-old will mark his debut in an action-romantic film, which will be produced by Sajid Nadiadwala and will go on floors later this year.

Says Suniel, “He has got a great break by Sajid and Fox. When you have such a deal you can’t ask for anything more. The rest depends on luck.”

Suniel also launched an initiative started by Tata Sky in association with FTC on Tuesday, which will hone newbies to act.