Comedy is no joke!

While performing stand-up comedy in front of a live audience may seem easy, it is no laughing matter at the end of the day. 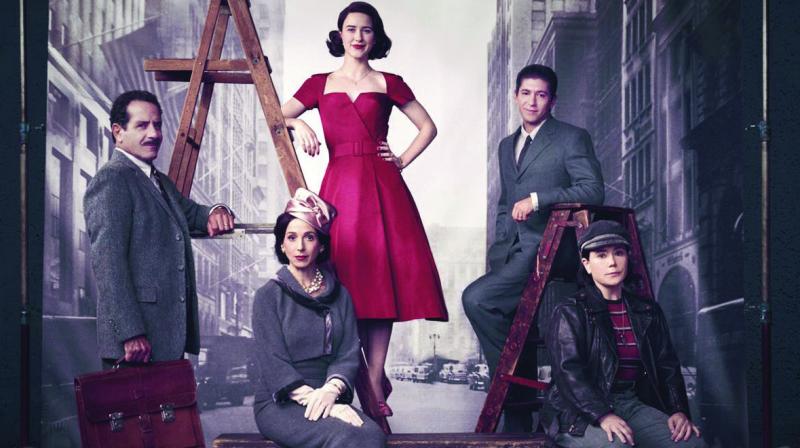 Still from The Marvelous Mrs Maisel

Getting on stage, telling a joke and making people laugh — doesn’t that just sound like a dream job to have? While many of us think this statement is true, in reality, performing stand-up comedy is an extremely high-stress job, as the recent unfortunate death of UK-based comedian Ian Cognito demonstrates.

Cognito died on stage during his stand-up show at the Atic Bar in Bicester, an English town north of Oxford. The unsuspecting audience initially thought that it was part of his set and only realised something was wrong when his fellow comedians ran on to the stage to help him. Andrew Bird, the host for the evening’s show, later told BBC that Cognito had been feeling ill before going on stage, but seemed to be better as he started off his performance.

Unfortunately, Ian is not the only comedian who succumbed to the pressures of his profession. Well-known American stand-up comic Brody Stevens, who turned his own struggles with depression into a Comedy Central television series, committed suicide recently. In fact, a few years back, many were shocked when comedian and actor Robin Williams hanged himself with a belt after losing a long battle to alcoholism, drug addiction and depression.

While it is understandable that those who are in the creative field stress to create new content all the time, the competition only makes it tougher, and there is immense pressure on comedians to be relevant, do many shows and make people laugh each time they are on stage.

Says well-know comedienne Neeti Patla, “Initially I thought I should have been a singer because people still want to listen to Bryan Adam's Summer of ‘69 after so many years, but if I do the same joke three times, everyone goes, ‘Yeh toh suna hua hai.’ So yes, it is very difficult to come up with new material each time. While one can tap into experiences that are your own, a lot of comedians have common topics. Also, you have to be relevant and cover what's happening around in the world in your gigs. It’s not an easy job.”

In the recent Amazon Prime show The Marvelous Mrs. Maisel, Midge Maisel, the protagonist is a stand-up comic, who gets on to the stage and just talks about her experiences, which in turn, cracks up the audience. Not once in its two-season run has the audience seen Midge rehearsing her jokes backstage. Stand-up comedian Jamie Lever, however, reveals that a lot goes on behind-the-scenes.

“You can’t just go on the stage and start blabbing. You have to have certain pointers in your head. Most comedians make notes on paper, or at least a mental note of the material. You rehearse your sets over and over again and improvise it. In fact, the entire process is quite maddening. You are thinking about your set all the time and working on it 24*7. And ultimately, you don't know whether the audience will like your set or not. It is pretty stressful,” she says.

Resonating the thought, comedian Avinash Agarwal adds, "When you work on a comedy gig, write and rewrite it and then test it on stage, you become a performer. That brings in other aspects like your delivery, expressions, body language, voice, stage presence and all the other aspects that come with stage performance. Writing new material is naturally an important aspect of a gig. Everyone has their own style. Some write diligently every day, others think of ideas for days and let it take shape in their head, while some go for improvisation onstage. To each their own."

Not only does a comedian have to stay relevant and come up with new content, they also have to look fresh and happy for the audience even when they aren't feeling well or are down.

Shedding light on the same, Jamie, who is the daughter of legendary comedian, Johnny Lever, expresses, “I remember when my father had hurt his leg just before his set, but he still performed on the stage in pain and with a swollen foot. Another time, while my grandfather was going through a serious operation, my father was shooting for an important scene for the movie Baadshah. These things are part of a comedian’s life. No matter what's going on in your life, you have to smile for your audience and that can also be quite a strain at times.”

It appears that new-age comedians are under far more pressure than the yesteryear comics. Savita Bhatti, a comedian and wife of famous comic artiste Jaspal Bhatti, who has been working in the field for a long time, says that nowadays, comedians have the added pressure of watching their words.

“Back in the day, people took a joke as a joke. Now however, the scenario is very different. You have to not only produce new content and stay relevant but make sure that your words, language and context is not something that will offend a particular community. And that takes a lot of work and thinking,” she concludes.