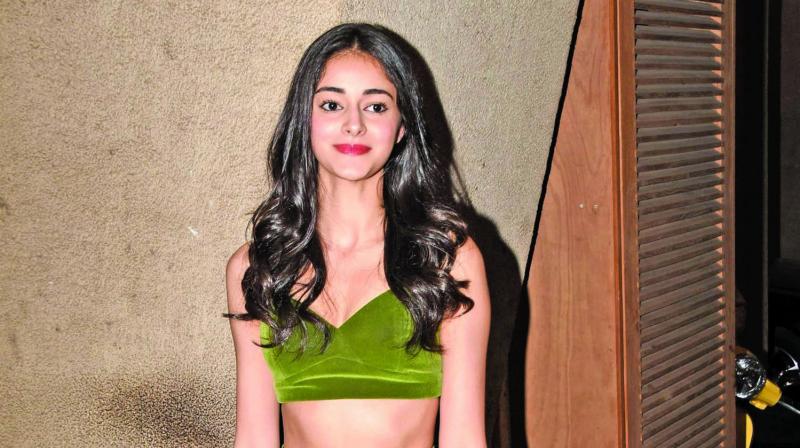 Mumbai: Ananya Panday, who stole the show with her gorgeous looks and outspoken personality at the song launch of 'The Jawaani Song' from her upcoming film, Student of the Year 2 talks about the importance of watching her debut film for all the good reasons.

Talking about the film Ananya Panday says, “When we are in school, we have a lot of pressure. There is a lot of stuff going on, so when people go to watch movies, they want to escape from that. We are providing an escape for them through this movie. We are not trying to be role models, we are just trying to provide them a moment of happiness and joy to get away from this stress.”

The young starlet who made her dashing entry all decked up in shimmer sequin dress along with her co-actors, Tiger Shroff and Tara Sutaria was not only holding a persona of utmost confident but aced the style game as a sylecracker at the launch event. For the starters, while the glimpse of the actress in the trailer gives an insight to the film, Ananya Panday can be seen making a killer entry with a never- seen- before attitude, all decked up in a leather jacket.

While the actress is dancing her heart out with her infectious energy in the song, she is sure to get you grooving to the beats, with a promising performance that will make all the heads turn with her entry off-screen as well.

The teen sensation hasn't even made her debut yet and is already shooting her second film, proving to be a power packed debutant.

Owing to the humongous fanbase, Ananya Panday happens to be the youngest celebrity endorser of Lakme India. The actress is one of the most talked about celebrities on social media and had already stirred a storm with her spottings even before her much awaited Bollywood debut.

Ananya will make her acting debut with Student of the Year 2 which is slated to hit the screens on May 10, this year. The actress will also be seen opposite Kartik Aaryan in the remake of the film Pati Patni Aur Woh scheduled for a release in December.