In a candid chat with Deccan Chronicle, she opens up on being compared to her beau Rajkummar Rao and more. 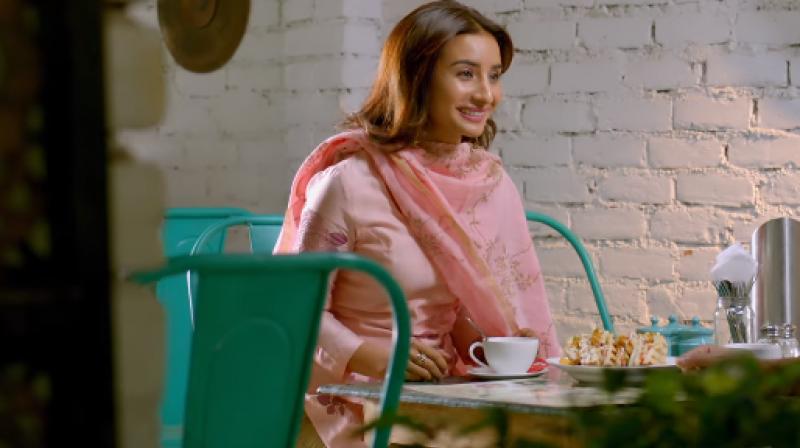 Patralekhaa in a still from 'Nanu Ki Jaanu'.

Patralekhaa, who marked her Bollywood debut with Hansal Mehta’s Citylights, is back with another film but this time with a quirk. In a candid chat with The Asian Age, the actress talks about her role in Nanu Ki Jaanu, opens up on being compared to her beau Rajkummar Rao, spills the beans on Abhay’s not so introvert nature and more. Excerpts:

What excited you in Nanu Ki Jaanu?

When I read the script, I found it fun, sweet and endearing. This was space that I never touched before so it resonated with me. In the past, I did dark films especially Citylights was very heart wrenching. People haven’t seen me dabbling in that space ever and I wanted to work with Abhay as I have been his fan since Dev D. I really liked the director Faraz Haider, and connected with him at different levels. He earlier made War Chodh Na Yaar which was also in a fun space so the fun element was on point in this one which excited me to do this film. The whole package seemed quite packagable to me.

How was your camaraderie with Abhay who is slightly reserved?

He is a warm but guarded person. When I saw him on the sets, he completely broke the ice. He sat with me and we spoke a lot on things like workouts, food, films etc. He is a celebrity and it is difficult for the actors having this status to open up but Abhay was different. We have a nice warm relationship with each other.

Tell us something about your role?

I am playing a ghost in the film (laughs). Her name is Siddhi, who is sweet girl and trapped in unfortunate circumstances. Actually the film should be promoted as bromance between Abhay and Manurishi. Though I am not much in the trailer, but the entire film won’t move ahead without my character. It was the maker’s strategy to not show more of me before the film.

Sometime back, you were heard saying about being compared to beau Rajkummar…

Someone asked me that question and I thought it was lame. I shouldn’t have replied at that point of time. How can anyone compare two of us? Will you compare Kareena Kapoor Khan and Saif for that matter? We both are very different people and we are doing our own films.

Was it difficult for you to position yourself as an actor after Love Games bombed?

I don’t think so. I had a bigger film before that which left an impact on people. I got this film because of Citylights. The failure of my second film didn’t impact my work after that. I did a web series in Goa. After I came back, I was supposed to do another film with Inbox Pictures but things didn’t work out. I did Bose later and now Nanu Ki Jaanu is coming out. I don’t see any roadblock but I want to be seen more. From now onwards, I want to do two good films per year. Fingers crossed!

Do you feel Nanu Ki Jannu will open doors for you as a brand?

If the film does well, it will work for everyone and vice versa. I don’t believe in benefiting from films, I have seen good successes and good failures in my career so far. For me, I would keep doing films in whichever forms. My work should speak for me, which would be my real benefit.