Actor explains why he chose a film like October after back-to-back blockbusters, and how his intense character continues to haunt him. 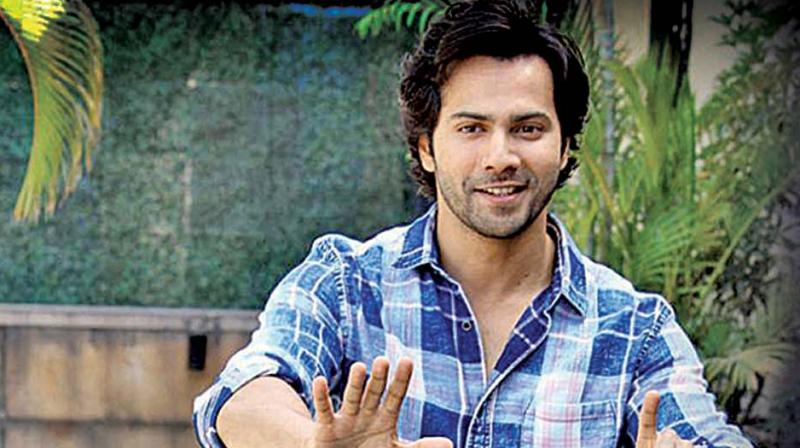 At the dizzying height of his success, Varun Dhawan picked an October. Exactly like he had picked Badlapur out of the blue, showing the world he was a lot more than just a pretty face who could dance and flex muscle. But, Varun has been finding it difficult to shake off his character in October. “It was that kind of experience, one I can’t just leave behind,” says Varun.

Dan, his character in October, is not heroic in the filmy sense, but he is looking at more than just pushing the envelope. “Not just push, but phado (tear) the envelope. I am not interested in doing unconventional roles that don’t go all the way. Why should offbeat roles not be popular? When we made October we knew it wouldn’t get the audience of a Judwaa 2. It was made within the required budget. And, we were not disappointed with the results,” he says.

And, October’s collections have beaten expectations. “Within a day of its release, the audience began to increase considerably. That was very reassuring. People have connected with the film. What we see in October is what everyone goes through in life,” he says, adding that there would be a lot more such.

Envelope-phadu roles. “But, it has to be a character like the one in October,” insists Varun, “one who is completely honest even about his dishonesty. We all lie to others and to ourselves. But, how often is the hero allowed to admit his weaknesses on screen? Juhi Chaturvedi (screenwriter) has written the character as flawed and, yes, quite annoying in the way he pushes his opinion on others. Dan is quite overbearing. Yet, he redeems himself finally. I loved my character’s journey.”

Varun has no regrets picking an October with one blockbusting success after another under his belt. “After Badrinath Ki Dulhaniya and Judwaa 2, I could have done another blockbuster kind of film. But, I wanted to play a character not so high on self-confidence. Dan is a bit of an upstart. He isn’t your average hero. When I heard about the role I insisted that Shoojit cast me, although he had a completely different cast in mind. Dan is just 21-22, much younger than my 30.”

“And, at 30, I am not as inexperienced in matters of illness and grieving. I’ve watched both my parents lose their parents and how it affected them. And, I saw how my mother tended to her parents when they were ill. Somewhere in my subconscious I had stored all those memories and used it in October,” he says.

He is all praises for the director and producer, saying, “To me, as an actor, it is remarkable that we were able to make this film, and on the budget that such a project permitted. Shoojit and I were lucky to have producers like Sheel Kumar and Ronnie Lahiri who completely believed in what we were doing.”

On talk that he took a massive remuneration cut for October, Varun says, “I wasn’t even thinking about money when I got the chance to do October. I just wanted to be part of this film.”

He disagrees that the ending could have been anything but what it was. “A lot of people have said shouldn’t have ended that way. If we changed the inevitable, we would be cheating.”