Watch: Shraddha- Arjun’s soulful track from Half Girlfriend will leave you awestruck!

Arijit Singh and Shashaa Tirupati have lent their magical voices to this soulful track. 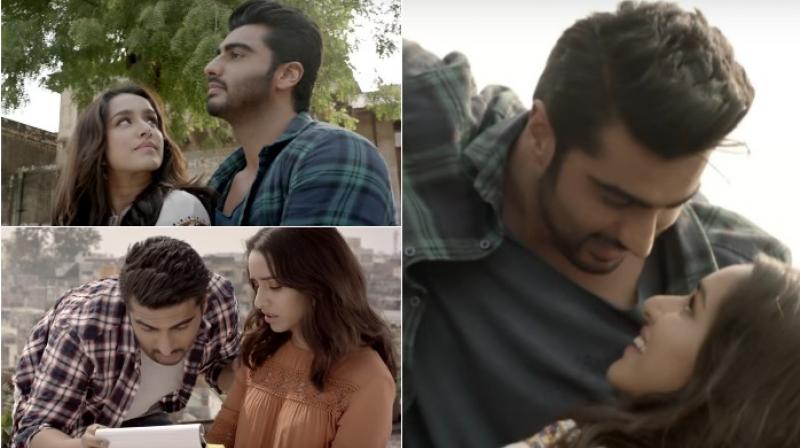 Screengrabs from the song's video.

The song makes you travel through the journey of the characters Riya and Madhav.

This new track emphasizes on describing the growing fondness of Shraddha’s character towards Arjun’s.

Penned by Manoj Muntashir and composed by Mithoon, the track has exactly delivered the feel that we expect from a Mohit Suri film.

Arijit Singh, whose voice is just magical and can make one fall in love, has crooned the number. Shashaa Tirupati has joined the singer for this song.

However, the first song ‘Baarish’ from the film failed to create the desired spark.

Never too late, but this latest song covers it all.

We are definitely in love with this song, and one never knows, it might turn out to be the song of the season.

Check out the song here:

Based on Chetan Bhagat’s novel ‘Half Girlfriend’, the film is a romantic drama by Mohit Suri.

The film will hit the screens on May 19.