Entertainment   Bollywood  18 Apr 2017  This picture of Salman Khan with nephew Ahil is too cute to miss!
Entertainment, Bollywood

This picture of Salman Khan with nephew Ahil is too cute to miss!

Spending time with bhanja Ahil is the best way to unwind for mama Salman. 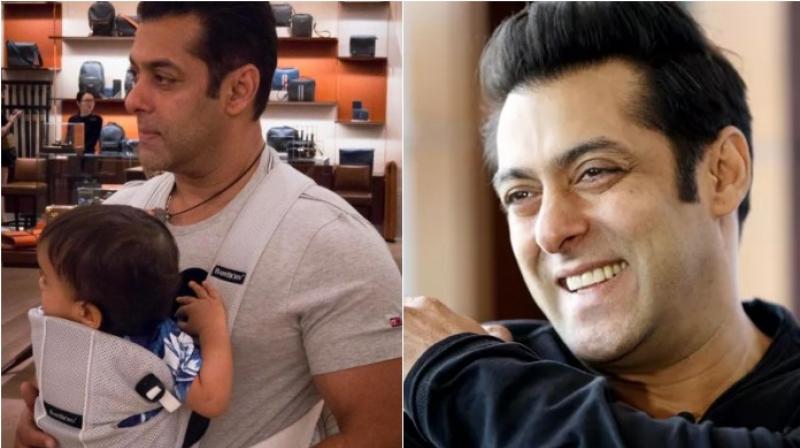 Mumbai: Salman Khan, who is busy promoting his 'Dabangg' franchise through Da-Bang tour, has been accompanied by his family for the tour.

Salman has been a doting uncle to nephew Ahil, and that’s been seen through the cute pictures shared by him and his family.

In this picture, Salman is seen carrying baby Ahil in a baby carrier and the star looks in a completely relaxed zone.

After performing for the concerts and a tiring day, spending time with bhanja Ahil is the best way to unwind for mama Salman.

The actor was seen performing to his hit songs ‘Teri meri prem Kahani’, ‘Hangover’ and many more at the concert.

The tour will take place in Melbourne, Sydney, and Auckland.