The superstar's latest Twitter post brought back memories of a film, which played a huge role in his career. 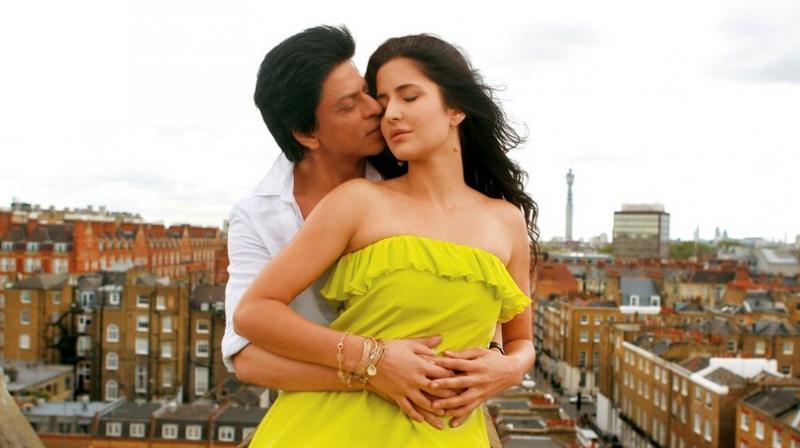 Be it writing Juhi’s character name Kiran in blood on his chest by piercing it with a knife or confessing his love for her repeatedly on her large photo he screened on the house wall, Shah Rukh gives us the chills even today.

The superstar brought back the film’s memories recently, but here there was no fictional person named Kiran, but a real woman and familiar face Katrina Kaif.

There was no blood here, but there was a photograph of Katrina on a wall and love for her sans the obsession.

Shah Rukh posted a lovely picture on Twitter on Saturday where he is seen offering Katrina’s picture on the wall an ice-cream because she doesn’t eat in real and how she has worked hard on their film ‘Zero’.

The pose reminded him of ‘Darr’ and he signed off with his iconic dialogue, only replacing 'KKK... Kiran' with 'KKK… Katrina.’

Cos she doesn’t eat ice cream in real, Cos she has worked so hard & cos this reminds me of Darr...on @aanandlrai #Zero the film...’I lov u kkkKatrina..’ pic.twitter.com/YWZYClrcOQ

This picture just proves the camaraderie between the two actors, especially on the sets of the film, which has been extremely evident in their recent pictures.

Katrina had posted several pictures and a video of Shah Rukh on Instagram and even the latter had posted a lovely picture calling her ‘media manager’ in one with Aanand L Rai.

We’d surely like to see more of this chemistry when ‘Zero’ hits the theatres on December 21.