Vidya reveals she lied to sister about Kahaani ending, spills beans on other films

Actress speaks about the thriller, 'The Dirty Picture', 'Ishqiya', 'Tumhari Sulu' and much more in an interview. 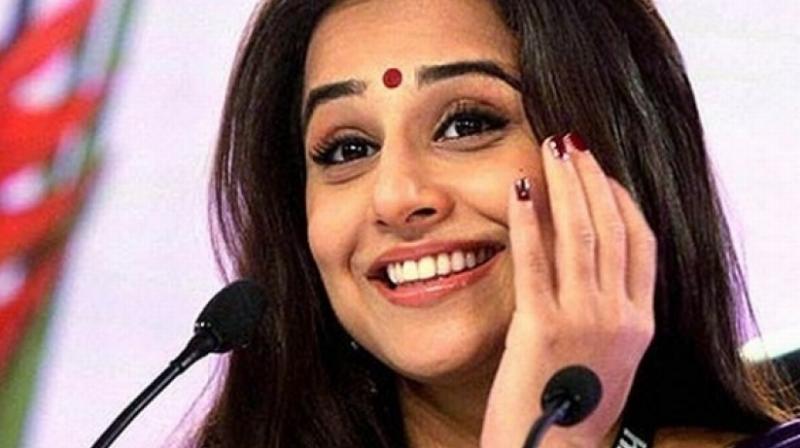 Mumbai: Vidya Balan picked powerful women characters even before "female-centric cinema" became mainstream in Bollywood and the actor, who has pioneered a change in the concept of the Hindi film heroine in the last decade, says her choices are often guided by her personal experiences.

Vidya has successfully established herself as an actor par excellence with films such as 'Parineeta', 'Ishqiya', 'No One Killed Jessica', 'The Dirty Picture', 'Kahaani' and 'Begum Jaan' among others.

But she says the films that are among her personal favourites and have become turning points in her career, are 'Kahaani', 'The Dirty Picture' and her last release 'Tumhari Sulu'.

"Every film or role that I have done has had some personal connect. All these women (characters) follow their heart, and do exactly what they want to do and in a way, they were all an extension of me," Vidya told PTI in an exclusive interview.

"I am a shy person. There are two sides to me, when the actor side comes out, I am different. I can do anything for the character, but as a person, I am quite shy," the actor adds.

Vidya, 39, counts her portrayal of Vidya Bagchi in the Sujoy Ghosh-directed 'Kahaani' as one of her finest performances. She says the only brief that Ghosh gave her was that the film would be about a pregnant woman who comes to Kolkata to look for her missing husband.

"I found the story interesting and said, 'Let's do it'. It (climax) developed organically, and when he narrated it to me, it blew my mind. People who were approached for the film were not told about the (twist) ending. Only, Sujoy, me, cinematographer, and the ADs knew about it. We kept it a secret," she recalls.

Vidya reveals she even lied to her pregnant sister about the ending of 'Kahaani', which is now counted among one of the best Hindi cinema thrillers.

The film, which went on to become a hit at the box office, however, faced many financial hurdles and was eventually shot on a shoestring budget.

"Unfortunately, people do not go by the project, Sujoy had written a beautiful script, but they had kept in mind his previous two films which had not worked."

The memory of the shooting of the 2010 hit is still fresh in Vidya's mind, and the actor says even though she knew the script, she had to play a character who was discovering things in her journey.

"It was a multilayered character. We did a good job with the film in a limited budget despite all odds. But all is well that ends well," she says.

Vidya believes her character of Krishna in 'Ishqiya' was somewhat similar to her role in 'Kahaani' as both these women end up "outsmarting" everyone else in the end.

"Krishna in 'Ishqiya' had a mysterious, elusive quality to her. You do not know what is going on in her mind. At the end, you realise that she was using the two men. Power was always about mind game for her. She was the most powerful character in the film, and not for once you suspect that she is planning something.

"On the other hand, in 'Kahaani', the character makes you believe that she is a pregnant women looking for her husband," she says.

Talking about 'The Dirty Picture', where she played a role inspired by Silk Smitha, Vidya said director Milan Luthria told her to respect the character as it would help the audience understand her struggle and choices.

"Milan would often tell me that if I respect her, people will respect her. He told me to be free from my mind, thoughts and that I should not judge her. I would wonder why he is not telling me anything about the character but just this. But he was right to do that."

The actor says playing Silk helped her shed her prejudices about sexual morality.

"... I may not do it as it is my choice, but that doesn't make it wrong if someone else chooses to do it. In the same breath, I would say that as long as you are not feeling exploited and it is a choice, it is fine. Choice is the key.

"Every film that I have done has had a purpose in my life. It has, in a way, freed a certain part in me. I discovered things about myself. Therefore, I feel my state of mind reflects in my choices. Maybe, I was ready to let go of that judgement. This is why I chose 'The Dirty Picture'."

Vidya says similarly 'Tumhari Sulu' was a special film as it reminded her of her mother.

In the film, Vidya played the role of an enterprising homemaker, who lands a job as an RJ.

"I don't like the term housewife as it means besides being a wife, she is someone who stays at home and has no identity. I would rather call her a homemaker. It is unfortunate that they have to prove their worth. This is why you start looking at me differently and value my aspirations."

The actor says playing 'Sulu' helped her realise how difficult it is for women to juggle between work and home.

"I am in a privileged position, and I am not talking arrogantly. I have people taking care of the house when I am away. When I am working on a film, I am living another life altogether. I can't handle this.

"The onus is only on women, whether it is about bringing up the children and taking care of the house. The father's job is not just to donate the sperm. (But) Things are changing as both husband and wife are involved with the child. But still, the onus is more on women," she says.

Vidya believes Sulu's character taught her that happiness is about one's outlook towards life.

"We always have a choice in life, either to see the glass half empty or half full and I look at it as half full."