Entertainment   Bollywood  18 Feb 2018  Tabu is mad at Ajay Devgn and it has got to do with her current relationship status
Entertainment, Bollywood

The actress talks about her close friend being a 'big bully' in the past, leading to her current relationship status. 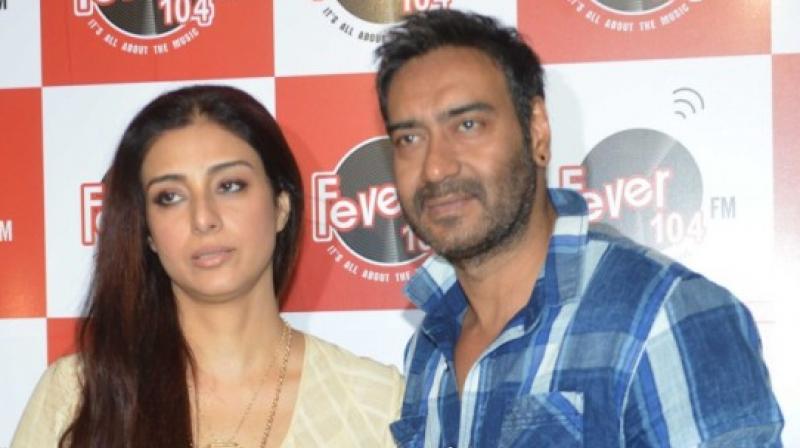 Tabu and Ajay Devgn's last collaboration 'Golmaal Again' was a blockbuster at the box office.

Mumbai: Queries on their single status and marriage plans are often directed at ‘most eligible bachelors’ Salman Khan or recent heartthrob Prabhas, and as far as the women are concerned, Tabu is one of those at the ‘receiving end’ of the tricky question most of the time.

The actress had earlier stated that she and Salman are often peppered with questions on marriage, something she was fed up of.

While Salman’s love life has always been a part of the rumour mills, that’s not quite been the case with Tabu, and there’s a familiar face who is responsible for her relationship status reading as ‘single’ today.

Talking about her bond with her co-star of several films including ‘Drishyam’, ‘Golmaal Again’ in an interview to Times Life, Tabu said, “Ajay and I have known each other for over 20 years. He was my cousin Sameer Arya’s neighbour and a close buddy. Ajay has been a part of my growing up years. When I was young, Sameer and Ajay would spy on me and beat up any boy who was caught talking to me. They were like big bullies and I am mad at both of them for being responsible for my ‘single’ status in life.”

The actress was responding to a query asking if Ajay was her ‘3 am friend.’ She revealed there were no such friends for her, saying, “They are all married now. I don’t want to disturb anyone at 3 am, they will think I am mad. Farah Khan is my oldest friend in the industry. There is Shelly, whom I have known for 30 years now. My sister Farah is always there for me. She sleeps early at 10 pm, so I can’t disturb her at 3 am but she wakes up early, so I can call her then. Otherwise, I have friends all over – in Hyderabad, Chennai… friends I can fall back on for anything.”

On the professional front, Tabu will join hands with Ajay again in a romantic comedy to be produced by Luv Ranjan.