Parineeti opens up on working with Akshay for 1st time, reveals their common factor

The actress shares her views about sharing screen space with the superstar on a film based on a historical event. 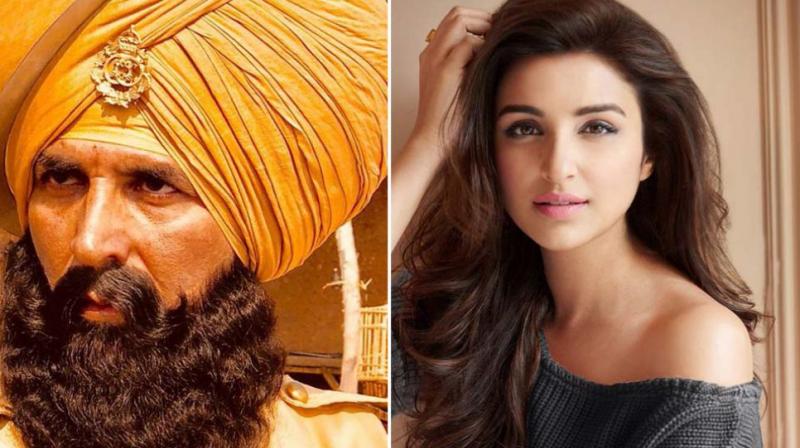 The film's producer Karan Johar was trolled when he had shared Akshay Kumar's look to announce Parineeti Chopra's name.

Mumbai: Parineeti Chopra, who will be sharing screen space for the first time with Akshay Kumar, says she is excited to work with the superstar in 'Kesari.'

The film, being directed by Anurag Singh, will see Akshay essaying the role of Havildar Ishar Singh, while Parineeti plays his wife.

"(I) am very excited to be working with him. In three days I will be leaving for 'Namastey England'. But I am more excited for 'Kesari'.

"It has been a dream to work with Akshay for a long time. He is a Punjabi and so am I, and we are doing a Punjabi film together. I am very excited to start the shoot," Parineeti told reporters here at an event on Saturday night.

Besides this, Parineeti will also be busy shooting for 'Namastey England' with Arjun Kapoor.

"I have to do it simultaneously as, unfortunately, the dates are planned like that. So I will be shooting in Amritsar (for 'Kesari') and in London (for Namastey England')," she says.

Recently, Akshay's look from the film was released, and talking about her look, Parineeti says, the makers will decide when to unveil it.

'Kesari' is based on the Battle of Saragarhi, and the historical drama will see producer-director Karan Johar and Akshay reuniting after having worked together in 'Brothers'.

The film is set to release on Holi next year.