Like Shahid and Kareena in Jab We Met, Kartik and Sara have also shot their final after their break-up. 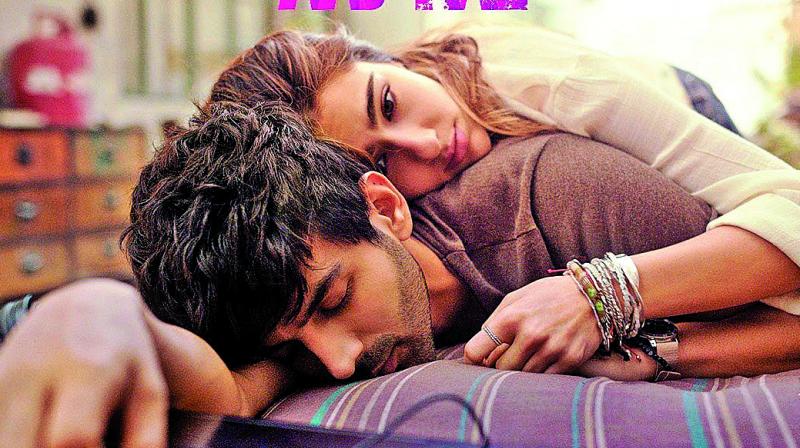 Bizarrely, Kartik and Sara were in a relationship during the making of Love Aaj Kal. They broke up as the film was completed.

Imtiaz Ali’s latest work of fractured passion Love Aaj Kal features the very massy and commercial Kartik Aryan and Sara Ali Khan doing a realistic love story where every emotion, feeling and dialogue is taken from real life. “It was just not enough to do the usual romance and courtship. Nor was it enough for Kartik and Sara to draw from their own experiences. Their experiences in the matter of the heart are very limited. In fact, it is limited to one relationship — the one they shared with one  another. Neither Sara nor Kartik have been in any serious relationship except the one with each other.  Nor have they done any film that can even remotely be considered neo-realistic like Love Aaj Kal,” says a source close to the project.

While Kartik  has so far done rom-coms such as Pyaar Ka  Punchnama and  Lukka Chuppi, Sara  did the larger-than-life love-across-the-border  drama Kedarnath.  Both the  actors  have gone far beyond their comfort  level in Love Aaj Kal.

Bizarrely,  Kartik and  Sara were in a relationship during the making of Love Aaj Kal. They broke up as the film was completed.

Way back in 2007, Shahid Kapoor and  Kareena  Kapoor’s  relationship ended  when Imtiaz Ali’s Jab We Met  was completed. Kareena and Shahid   shot the end-titles song Nagara after they  had broken up. Apparently, Kartik and Sara too have shot their  final song for Love Aaj Kal after their  breakup.