Rajinikanth‘s 2.0 crushes Rajamouli’s Baahubali 2 record much before it's release

Superstar Rajinikanth‘s '2.0' has set a benchmark in Kerala for any non-Malayalam film with its theatrical rights. 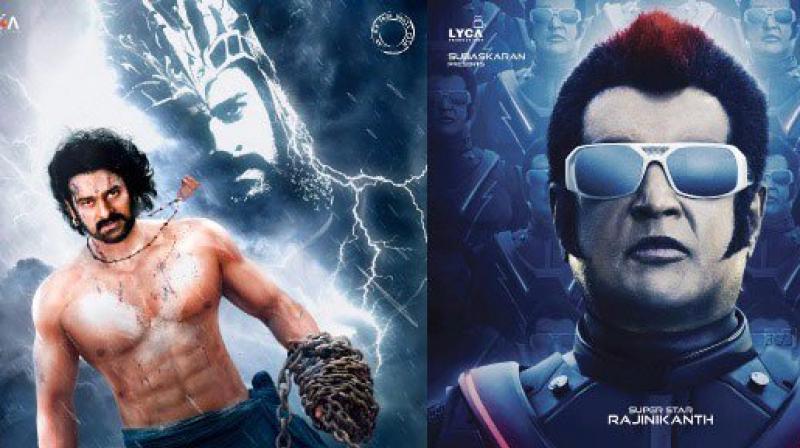 Mumbai: S Shankar’s next directorial venture ‘2.0’ is touted as the costliest film in not just the country but in Asia. The film is made at a whopping budget of about Rs 400 Cr using the world class technology to give audiences a never-seen-before experience.

The Kerala theatrical rights of upcoming Sci-Fi drama ‘2.0’ have been acquired by a leading distribution firm for a whopping Rs 16 Cr. This is the highest ever price offered for a non-Malayalam film and it has crushed the record of SS Rajamouli’s magnum opus 'Baahubali' which fetched Rs 10.5 Cr.

The post production work of '2.0' is currently in full swing and the entire team is working hard to make sure that the film releases on April 27th without another postponement. The film was earlier set to release on January 25th.