Enjoyed even getting punched by Rajinikanth in 2.0, says Akshay Kumar

'2.0' is the sequel to 2010 blockbuster 'Robot' that featured Rajinikanth and Aishwarya Rai Bachchan in the lead. 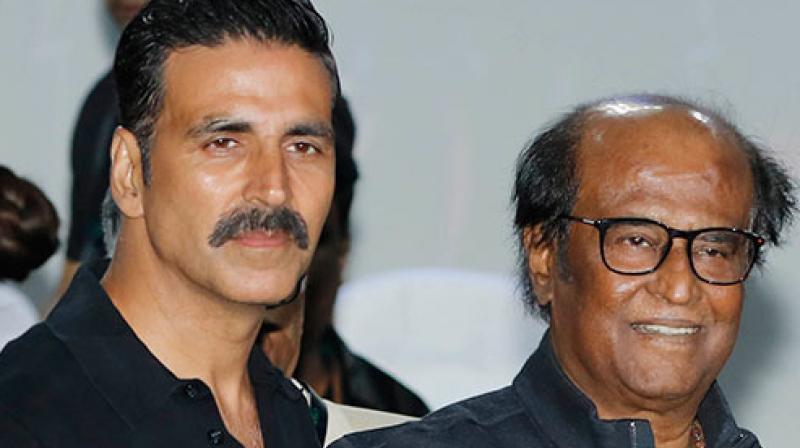 Mumbai: Bollywood superstar Akshay Kumar is all set to make his debut in South films with Shankar’s 2.0. The film which stars megastar Rajinikanth will feature Akshay  in a menacing negative role. Being a Rajinikanth fan and playing an antagonist the film, Akshay told in an interview with Midday, "Once, we were just sitting on the set, waiting for the next shot and he brushed some dirt off his pants. The entire unit was awestruck by how stylishly he did it. Everything he does is so stylish. I even enjoyed getting punched by him."

He also confessed that the 'Kabaali' actor is "the only one in the industry who has got swag."

Talking about playing an antagonist in Shankar's '2.0', the 'PadMan' actor said, "Many people asked me why I wanted to play a villain and I told them, 'Why not?' A hero exists only when there's a villain. I had never imagined that I would be part of the costliest Indian film."

Akshay Kumar is currently excited about his next film 'PadMan'. It is slated to release on January 25. Akshay has already blocked August 15 as release date of 'Gold'. The Khiladi star is right now busy shooting for 'Kesari' alongside Parineeti Chopra.