The film will be directed by Vinil Mathew, who is best known for 2014 romantic comedy 'Hasee Toh Phasee'. 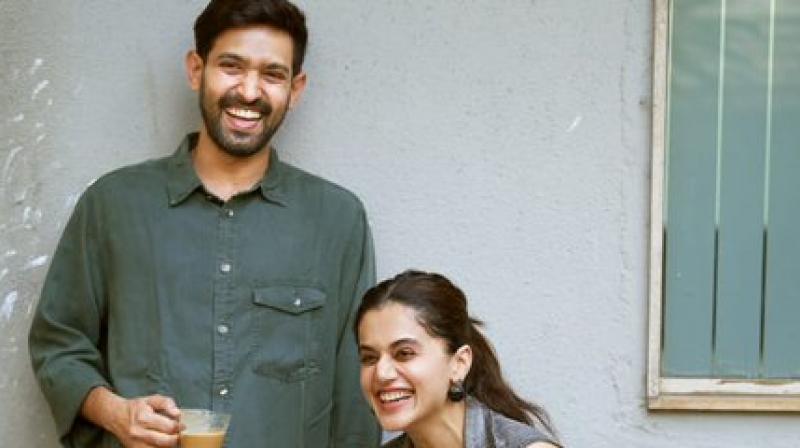 The film will be directed by Vinil Mathew, who is best known for 2014 romantic comedy "Hasee Toh Phasee". Kanika Dhillon, the scribe of "Manmarziyaan" and "Judgementall Hai Kya", has penned the script.

The plot details have been kept under wraps. Filmmaker Aanand L Rai is producing the movie through his banner Colour Yellow Production in collaboration with Eros International and Himanshu Sharma. "'Haseen Dillruba' is a murder mystery within a twisted love story, a genre we have not explored before. Really looking forward to entertain and engage the audience with this edgy script," Rai said in a statement.

“I maybe bad but I’m perfectly good at it”
Stepping into the world of #HaseenDillruba 🌹.
Can’t wait for you guys to meet HER in theatres on 18th September 2020! pic.twitter.com/mmjZs1lYdC

Sunil Lulla, Managing Director of Eros International, said, "Unlike other thriller genres, 'Haseen Dillruba' is not just edgy. It's a perfect blend of entertainment and something which will cater to larger masses. I am glad to be associated with this film." Sharma described the film as an "edge-of-the-seat entertainer". "Kanika Dhillon and Vinil Mathew are out to bring something very exciting and thrilling," he added. Ace composer Amit Trivedi will be giving music for the film, which has a release date of September 18, 2020.