I used to lock myself in my house, says 'Mardaani 2' actor Vishal Jethwa

The actor has recently become the talk of the nation for the on-point portrayal of the pure evil villainous character of the film. 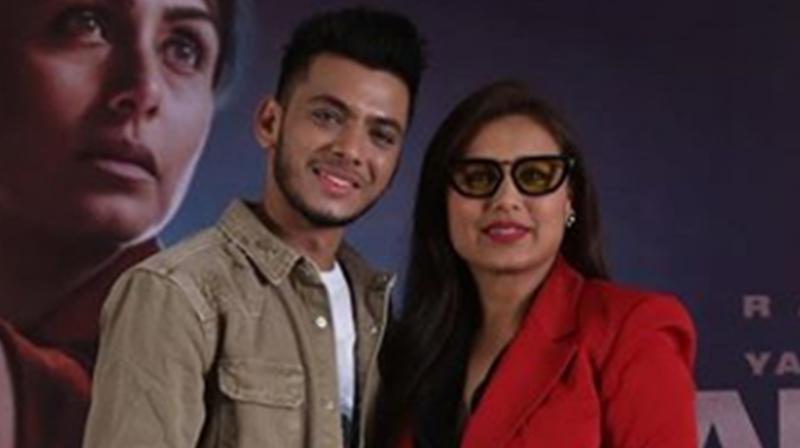 New Delhi: Antagonist of Rani Mukerji's crime drama 'Mardaani 2, Vishal Jethwa on Tuesday shared his journey of the portrayal of the brutal rapist in the film and said that the preparation was a painful process for him emotionally.

Speaking about the experience, Vishal said, "It was very, very hard for me but I knew I had to prove myself as an actor. The preparation for this film was a painful process for me emotionally. I knew that for media and people to love my character, I will need them to hate Sunny and I prepped really hard. It was not easy because I am not this evil person."

"I used to go to my house and lock myself up in my house for hours and try and behave like Sunny, trying to find a body language, posture and demeanour. I was exhausted after this process because Sunny is a person no one should ever become. Our film warns of people like him," Jethwa added.

The actor has recently become the talk of the nation for the on-point portrayal of the pure evil villainous character of the film. Jethwa's acting is drawing appreciations from critics and audiences. Without even a single promotional song in the film, Rani Mukerji's crime-thriller -- Mardaani 2 - is running to packed houses and doing brisk business.

'Mardaani 2' has a gripping storyline inspired by real-life events of crimes committed against women across the country. The edge-of-the-seat thriller saw Mukerji in a race against time in order to capture a brutal serial rapist, who systematically targets women.

Mukerji is reprising the role of the fearless and committed Superintendent of Police -- Shivani Shivaji Roy -- in the flick.