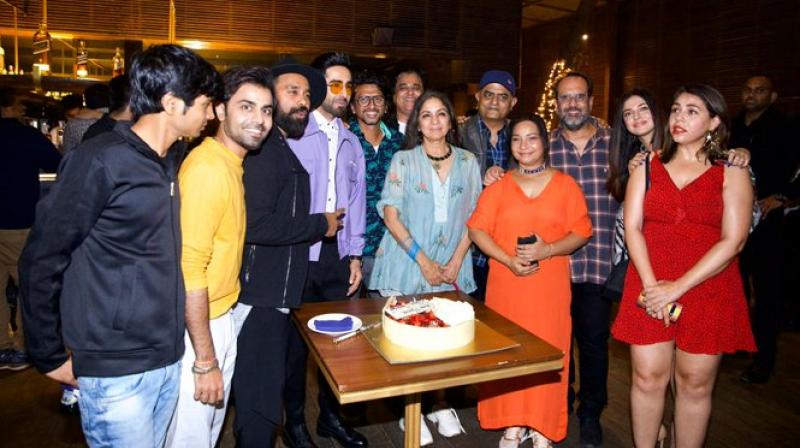 New Delhi: Actor Ayushmann Khurrana on Tuesday celebrated the shooting wrap-up of his upcoming comedy film 'Shubh Mangal Zyada Saavdhan' with other cast and crew members of the flick.

The complete star cast including Neena Gupta, Khurrana and Manvi Gagroo were seen celebrating the filming of the movie and cutting a cake to mark the day.

Film critic and trade analyst Taran Adarsh shared the details on his Twitter account. Helmed by Hitesh Kewalya and produced by Bhushan Kumar, the film is the second installment of the much-acclaimed 'Shubh Mangal Saavdhan' film which was released in 2017.

Based on homosexuality, the film is aimed at delivering a social message by narrating the journey of love for same-sex couples in a light-hearted manner. The film stars Neena Gupta, Manvi Gagroo, and Gajraj Rao besides Ayushmann Khurrana and is set to hit the theatres on February 21 next year.