Sexy for me is confidence, says Babita Kumari

In her upcoming movie Zero, she plays the role of a troubled actress Babita Kumari. 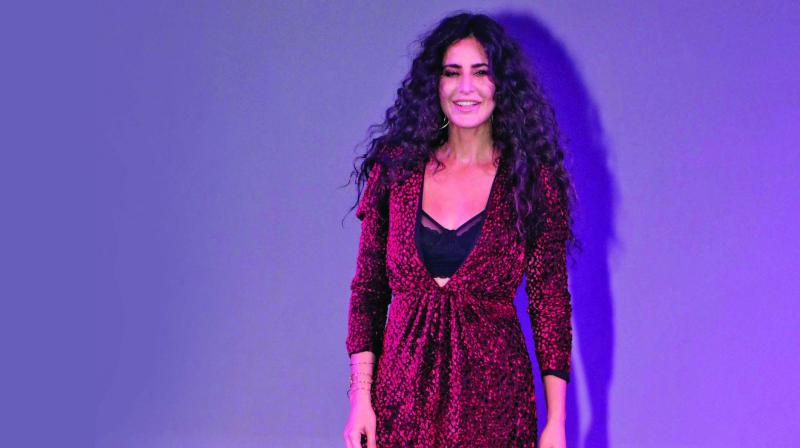 Katrina Kaif is certainly one of the few actresses who have rose against the odds to establish a footing in the Bollywood industry. From gradually increasing her fluency in Hindi to performing fearlessly in front of the camera, she has not only been a part of some of the big-budgeted blockbusters, but has also shared the screen space with all the Khans— Salman, Aamir and Shah Rukh.

On many occasions, she has even garnered praises from her best buddy and the ‘messiah’ of many, Salman Khan on having improved her Hindi, her acting calibre and also her dance moves.

In her much-awaited upcoming movie Zero, she plays the role of a troubled actress Babita Kumari, and has yet another dance-number that has us all tapping our feet. Husn Parcham is creating the same buzz as her earlier dance numbers Sheila Ki Jawani and Chikni Chameli. And undeniably, in the video we see some great peppy dance moves, but also it’s her sexy look that has got us talking.

Wondering what being sexy really means to the actress, Katrina resolves our curiosity, as she goes beyond all the glamour to find confidence as the oomph factor. “Sexy to me is being confident and feeling good about yourself. I don’t think it matters what kind of clothes, hair-do and make up you may don, but that feeling of confidence makes you feel like a strong woman and it has to come from within,” reveals the actress. She further adds that being at peace is equally important. “When you are happy and at peace with yourself; and you are also giving that away a lot to people around you, that’s when you feel the best about yourself, ” says Katrina.