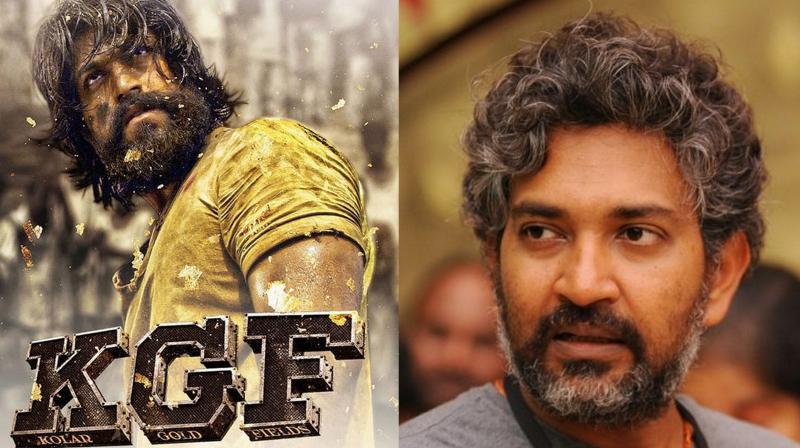 KGF: Chapter 1 is slated for release in Kannada, Hindi, Telugu, Tamil, and Malayalam on 21 December.

The promos, including the trailers of the film, were well received and so was the recently released song 'Gali Gali' featuring 'Gold' actress Mouni Roy.

Now the grapevine is abuzz that even filmmaker SS Rajamouli is keen to watch Excel Entertainment's KGF.

After praising the film touting it a visually grand film, now filmmaker Rajamouli said that he is very proud of  Yash's success and is keen to watch the film.

KGF' is set against the backdrop of the Kolar Gold Fields in Karnataka.

KGF showcases the story of Rocky (Yash) who aims to win the world and conquer the bloodiest gold mine.

KGF is a period drama that traces the history of gold mining and the mafia running it in the generous fields of Karnataka's Kolar region.

The film is made in five languages, namely Kannada, Tamil, Telugu, Hindi and Malayalam.

The magnum opus traces the period of the glory of the gold mine and gives insights into the history of the mines located in Karnataka.

KGF would mark Excel Entertainment's first Kannada venture and the production house is elated to be associated with a mega ambitious project as such.

The period drama traces the tenure of late 70s and will be made in two parts. The first of which will be titled KGF Chapter 1 which is slated to release on 21st December 2018.