Entertainment   Bollywood  17 Dec 2016  Had Hrithik performed, all eyes would be on him, says Urvashi Rautela
Entertainment, Bollywood

Had Hrithik performed, all eyes would be on him, says Urvashi Rautela

Urvashi Rautela talks about her big Bollywood break, and how everything that follows has to be special. 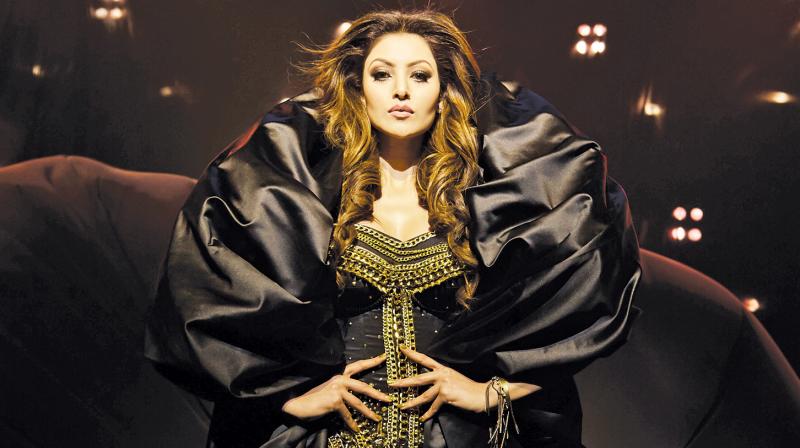 Urvashi Rautela first rose to popularity when she appeared in a Honey Singh video — Love Dose. Ever since, the starlet has religiously attended every red carpet event and made conspicuous appearances at airports, fashion soirees and everything in between. This time however, things are different. She will be seen sharing the screenspace with Hrithik Roshan, in a song for his upcoming film, Kaabil. A visibly elated Urvashi takes us through her big Bollywood moment so far and how she’s glad Hrithik isn’t stealing her thunder.

How was your experience reprising Sara Zamana?
Saara Zamana is an iconic song, and every time I watch it, it still has that same jaw-dropping effect on me. I was particularly mesmerised by the scale of style and the set, something that the producers of the reprise have tried to retain, and make even better. We have used different kind of outfits; like the first one is similar to the black and gold combination that Amitabh Bachchan wore. Then we have the Rihanna look, in which we have the sari and short skirt look, and the third one is an electric blue look, in which we have electric blue hair, hat, shorts and even overcoat. Our producer Rakesh Roshan, Sanjay Gupta and choreographer Ahmed Khan, all sat for more than six hours brainstorming on how to go about the song and the look in the video. I am grateful to Hrithik Roshan for choosing me for this song. I am also huge a admirer of his work.

So, are you both starring in the song?
If he had performed with me, then everyone would have only seen him. So in a way it’s better that he is just watching me perform in the song. [Laughs]

Is the track a part of the story or is it a promotional video?
It’s part of the narrative. During the song, you will see Hrithik doing a lot of action. In fact, he was very excited about the song, and he himself wanted to dance in the song, but it would be cheating the audience. It’s completely my song, and it’s a tribute to Mr Amitabh Bachchan.

Do you consider yourself lucky because this song was offered to Priyanka Chopra and Sunny Leone earlier?
Even I had heard so! The song was supposed to be done by Priyanka, but eventually it was offered to me and I shot for it. Rakesh ji told me that he wanted to do this song much earlier, but it kept getting delayed. Finally I’m happy it’s out.

Is there any baggage that you are doing Mr Bachchan’s ’80s song?
I was born in 1990s, and this song was released in 1980s, so there is no baggage as such. But I’m still aware that it was one of the most iconic songs of its time, and to be part of such a moment is an honour.

As an actor, there were films on which you were banking on, and it didn’t work well at the box office, so how do you take that phase of life?
Well, Sanam Re did really well, so I am really happy about the fact that people really loved it. Particularly, my performance was appreciated and I am happy about that. I never really think of the box-office. All I think about is my work and I put in a lot of hard work, which really inspired me and motivated me for this song.

So what’s next after Saara Zamana?
Currently, I am reading a lot of scripts. I want to make sure that whatever I do is not random; it has to be very special.