The other family man

The actor reveals that work often comes in the way of the time he wants to give his daughter. 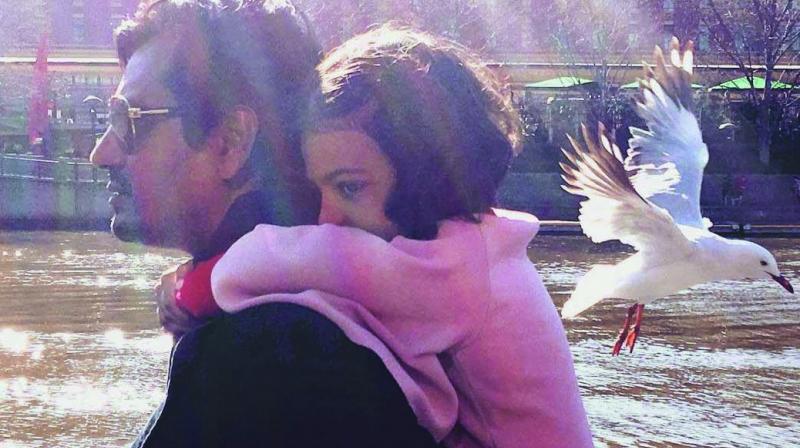 Other than being a phenomenal actor, Nawazuddin Siddiqui is also a father, a husband, a brother, and a family man on the whole.

Other than being a phenomenal actor, Nawazuddin Siddiqui is also a father, a husband, a brother, and a family man on the whole. The actor reveals that work often comes in the way of the time he wants to give his daughter.

“I can’t give time to my eight-and-a-half-year-old daughter, who demands time and complains. I would tell her stories before, but now she tells me stories. I often go to drop her to school, but now, owing to my professional commitments, I tell her that I need to work if she wants a good life. So she understands me,” Nawaz explains.

He adds that he and wife Anjali tell their daughter about his struggles. “I tell her that I struggled for 12 years. She gets everything, but she should know that life is not easy and she should not take it for granted. We try to tell her all the hardships we all go through; all this should keep her grounded,” he opines.

Other than taking his family to iconic places like Paris, Prague and Disneyland, the Sacred Games actor also acquaints his children with their roots. “My daughter goes to my village and my wife’s village, and she loves going there. We have taken her to my village right from her childhood, but my son is too young,” he shares.

Nawaz adds that he has not forced his religion onto his kids. “In my childhood, I would go for Ram Leela and celebrate Diwali. I would come home at two in the night. I used to be in the vanar sena; I was energetic, small, and thin, so I would jump around.  I had a lot of energy. My father never scolded or asked me where I went because we learnt values and ethics at home,” he concludes.