the fans are lauding the actor for this unique character where Farhan effortlessly blends into the role of a father, a husband. 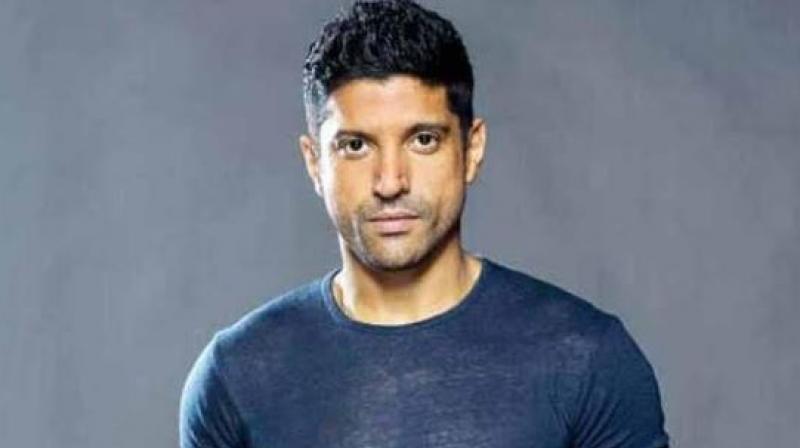 Mumbai: Actor, Director, Writer, Singer Farhan Akhtar is a polymath in a true sense, fans are all pouring love and are in awe with the actor's heart touching and versatile role in the film 'The Sky is Pink'.

The actor has garnered massive appreciation from the critics for capturing the essence of the character and artistically enacting the full spectrum of emotions successfully. Even the fans are lauding the actor for this unique character where Farhan effortlessly blends into the role of a father, a husband and fans are feeling that it was a treat to watch actor.

After watching the film fans have shared a few heartwarming responses for the actor. some of them are mentioned below

ramanujan - Watched it again.. In the scenes where you don't say anything n speak through your eyes u just nailed it like always.. Watching u is such a treat to feel the emotionslike a breeze❤❤

sakawine07: @faroutakhtar just when I thought, your performance can't get better than what you did in bhag Milkha, you outdid yourself. Such a gentle role and what a performance❣

libra_madhu: You work like a magician and the way you mastered at your craft whatever you do it look so effortless... All the best and again get ready to sweep away with all the awards and rewards. I am a big fan of your versatile craft

divyamathani: What a great guy you are @faroutakhtar .. Fell in love with the reel life 'Niren'. How do you gel into a character so effortlessly as if that's the real YOU?? The daughter rightly says - 'kaha bante hain aaj kal aise husbands'? kudos on the amazing performance and a beautiful film😊 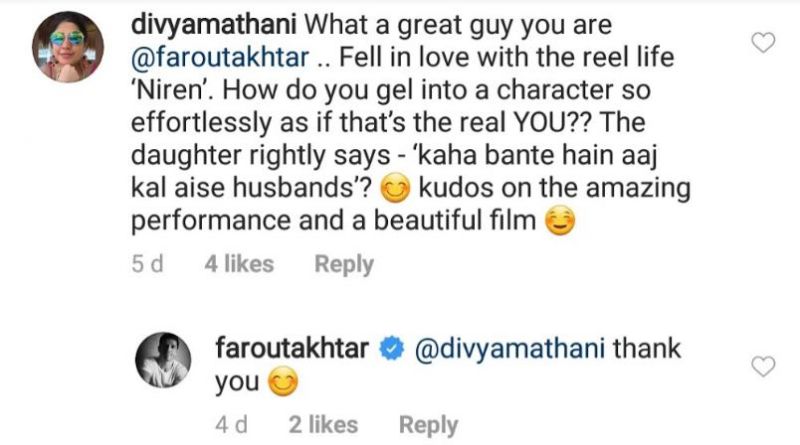 mullickgunjan1: Just stepped out of the hall, seeped in the beauty of what you all created. What a brilliant adaptation of something that cannot be described in words. The pain and pathos touched the very core of my heart. Kudos to you all! Stories this personal require empathy, sensitivity and control.....all tangible in every single frame of this movie. This is an unforgettable movie Farhan. Keep shining and going the distance

aparupa_kar: Hey @faroutakhtar, firstly you are a great great actor as you depicted so much of emotions without saying a word in a few scene. It was a treat to watch you. And your character as a husband here, I mean one must be really really lucky to have a husband like Panda. I love you. This would be my second favourite movie after #zindaginamilegidobara You seem so real on screen that it's hard to believe that it's just a movie. Please do reply once to this fan of yours. Lots and lots of love to you and your family. This movie made my day today 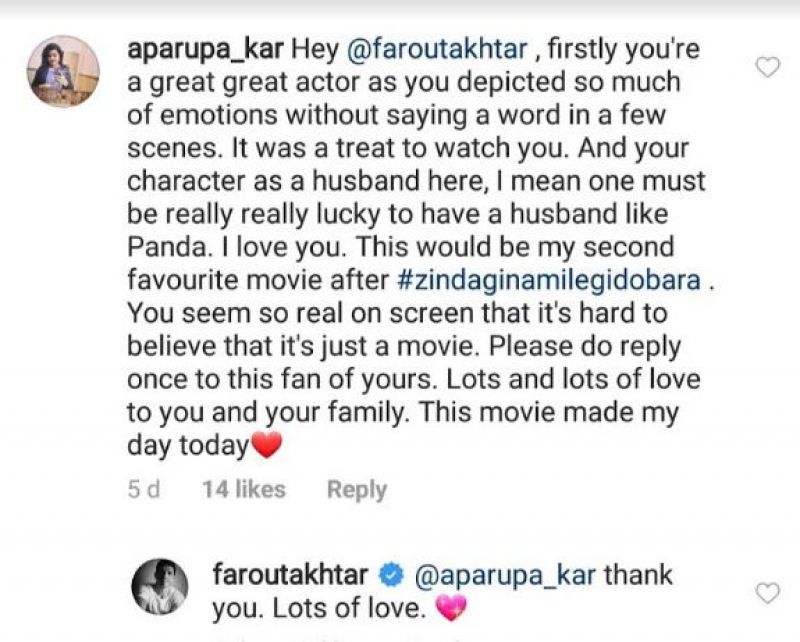 Farhan Akhtar who has always treated the audience with varied roles in Rock On, Bhaag Milkha Bhaag, Zindagi Na Milegi Dobara, his role in 'The Sky is Pink' has touched the audience with its unique and fresh concept. Whats heart capturing about the film is that Farhan manages to play the role of Niren Chaudhary with sheer perfection giving it a realistic feel.

The Sky Is Pink has brought a slice of life experience to the audience is where yet another time, Farhan Akhtar's work has outshined. It certainly is no surprise that the film has left the audience and the critics in awe, owing to its striking storyline and brilliant cast.

Now the actor is gearing up for his forthcoming sports drama Toofan, where he will be playing the role of a boxer for which he's extensively working for quite a long time.