My character is that of a Gujarati businessman. So, again, it’s a different look that I have: Saif Ali Khan 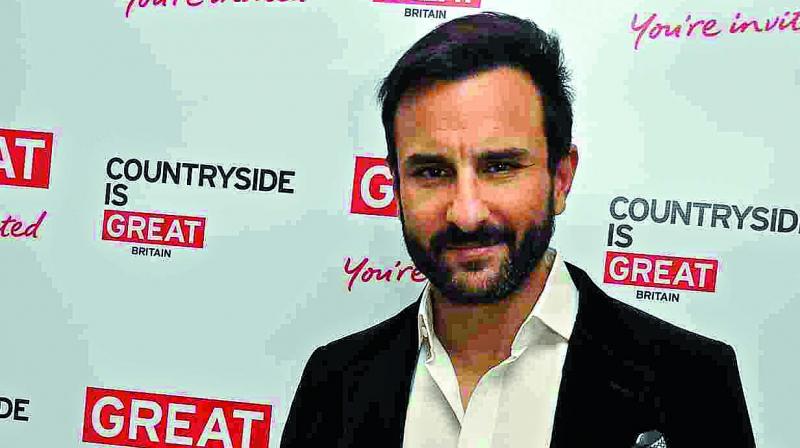 Chef may not have performed at par with Saif Ali Khan’s expectations, but he’s not slowing down. The actor, who has a variety of roles on his plate now, will be seen in a whole different avatar in his next, Baazaar. He is acting in the role of a Gujarati businessman in the movie, and says he had a great time working on the film.

Directed by Gauravv K. Chawla, Baazaar revolves around the Indian stock market. According to reports, it’s also inspired by the 2013 Hollywood hit, The Wolf of Wall Street, and will see the late Vinod Mehra’s son, Rohan Mehra, make his debut.

“It’s a bit early to talk about Baazaar, but I have to say it was very nice getting into that space,” Saif says. “My character is that of a Gujarati businessman. So, again, it’s a different look that I have. I will also have a little white in the hair!”

He adds, “There were a lot of lines to learn. I had to go through a lot of pages of dialogues and it’s very interesting and challenging. I thoroughly enjoyed the space of the character.”

Saif’s known to be on good terms with most people in the industry, but unfortunately he ended up having a showdown with Sajid Khan after Humshakals. He even went on record to say that the movie was a mistake.

Now, however, he says that he really likes Sajid.

“I really like him, and I hope he’s not upset that I keep saying that I really like him!” smiles Saif. “I would like to say that Humshakals is just another film that didn’t do well, but still made Rs 60 crore.”

The actor sighs, “I believe from now on maybe I should say ‘I shouldn’t have done Agent Vinod, (his own production) or I should have done it differently.’ You have to enjoy what you are doing. Sometimes you don’t enjoy it, and it doesn’t run. So that’s a double slap.”