The actress will perform to iconic songs starring her parents, Saif Ali Khan and Amrita Singh, at this year’s IIFA Awards. 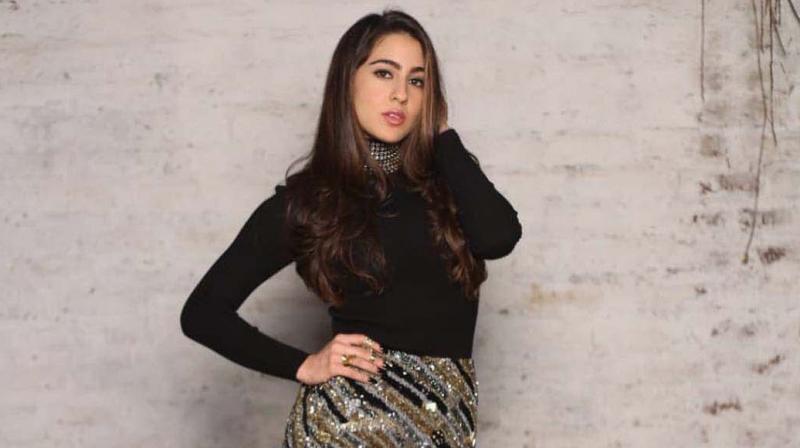 Newcomer actress Sara Ali Khan is all set to make her IIFA Awards debut this year, and she will even perform to her parents Saif Ali Khan and Amrita Singh’s iconic songs.

“I will be performing to songs from my own films, but there is something special happening too — I am also going to dance to my mom and dad’s dance numbers as well,” the actress gushes, adding that she finally feels accepted in the industry. “This IIFA will be my first ever award function, and I will also be performing on stage. It makes me feel like I am a part of the film industry now. It’s very exciting for me,” she says.

Sara’s relationship with IIFA has been long term: “I have been watching IIFA since my childhood, and I have also travelled with my father to the various locations. Last year I went with my father to New Jersey, where IIFA was taking place, but I wasn’t able to attend because my dad said I couldn’t go if I wasn’t invited,” she laughs.

The Kedarnath actress has been trying to squeeze in maximum rehearsal time for her performance amidst her packed schedule. “Since I am also shooting for Coolie No. 1 with David Dhawan, I have been unable to get enough time for rehearsals for these dance numbers. But I am managing with whatever time I can steal from my busy schedule,” she reveals, adding that she has to match up to the other performers at the awards show. “Since we will be performing alongside Ranveer Singh and Madhuri Dixit ma’am, who are both such exuberant dancers, we have to live up to the exceptions of one and all. I am nervous but I have to try and give my best,” she says.

Switching back to Coolie No. 1, Sara is excited that the film set has chosen to go fully plastic-free. “We as actors try to bring about change by putting in our little efforts for the good of society. With this gesture, the entire team is trying to make the complete universe and our country plastic-free. However, this is just a small step towards eradicating plastic from our mother earth. I am proud that David sir has taken a step ahead in this direction,” she opines.

Meanwhile, after wrapping Coolie No. 1, the actress will begin working on a film with Imtiaz Ali titled Love Aaj Kal 2.