Mitron song This Party Is Over Now: Jackky and Honey’s combination is deadly! 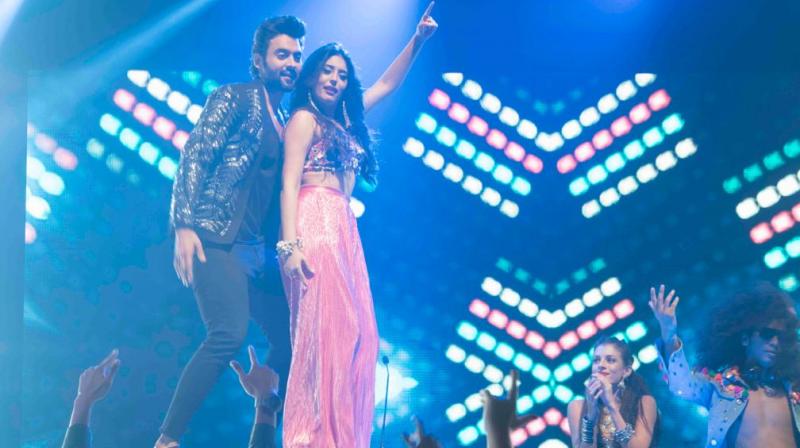 A still from 'Mitron'.

Jackky Bhagnani’s movie 'Mitron's song 'This Party Is Over Now' has been unveiled. The song is hummed by popular rap artist Yo Yo Honey Singh, who has already given a hit in ‘Dil Chori’ song from ‘Sonu Ke Titu Ki Sweety’.

Featuring Jackky Bhagnani and Kritika Kamra, the party number is a foot tapping track with a mix of Hindi and Gujarati lyrics.

Proving to be a visual treat, the vibrant and colourful song showcases a Gujarati flavour with the costumes and lyrics.

The upbeat number yet again presents the superhit party formula which is totally expected when Honey Singh combines with Jackky Bhagnani, whose movies are most popular for their party and romantic tracks.

The track has been written by Yo Yo Honey Singh and Hommie Dilliwala.

Mitron, Nitin Kakkar’s next directorial after the critically acclaimed ‘Filmistan’, is slated to release on September 14th, 2018. It is produced by Abundantia Entertainment.