The director now hopes to cast Sridevi in his next film, which will be produced in Andhra Pradesh. 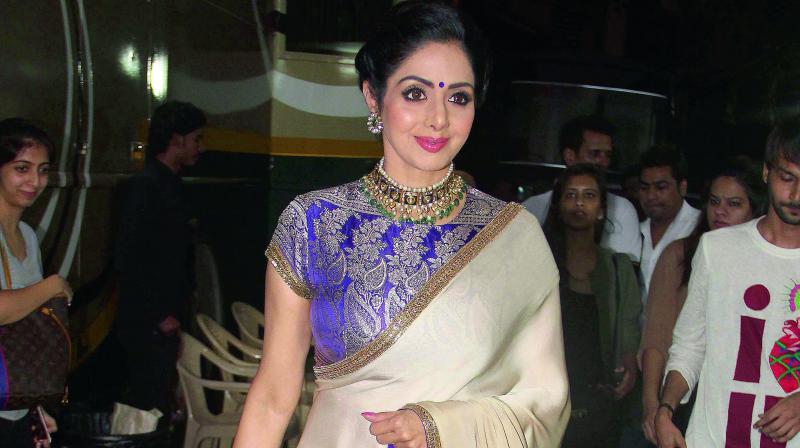 Director Rajamouli has decided to let bygones be bygones. After the recent spat with Sridevi, he now appears to be on a mission to make amends with his favourite actress by casting her in his next film.

It all started when Rajamouli, without malice, spoke in an interview about why Sridevi couldn’t act in Baahubali. He was quoted as saying, “Sridevi asked for Rs 8 crore. Apart from that, she wanted five business class tickets whenever she had to fly to Hyderabad and back. And five business suites were to be booked at the biggest hotel in Hyderabad for her entourage during their stay. She even wanted a share in Hindi version of the film.”

This caught Sridevi’s attention and she publicly expressed her displeasure over his comments. However, all this is now a thing of the past.

Rajamouli now says he regrets talking in public about his financial deadlock with Sridevi. (Boney Kapoor, her husband, handles all her business transactions. So, technically, the alleged demands were not made by Sridevi at all.)

The director now hopes to cast Sridevi in his next film, which will be produced in Andhra Pradesh. Rajamouli plans to give Sridevi a role she has never attempted before.

Hungry for more information on the historic collaboration? Here it is: it won’t be a costume drama. The film will be based on a contemporary subject that is extremely sensitive.

Sridevi is game for the challenge. “I don’t hold any grudges and I don’t even believe he (Rajamouli) can talk like that. What is in the past, is in the past. The roles I don’t play are irrelevant to me. It is important for me to find new challenges as an actor. Mom has been a deeply satisfying experience. I look forward to more characters that I haven’t played before.”