Athiya Shetty is a daddy’s girl

Athiya is an actress who follows the footsteps of her father Suniel Shetty. 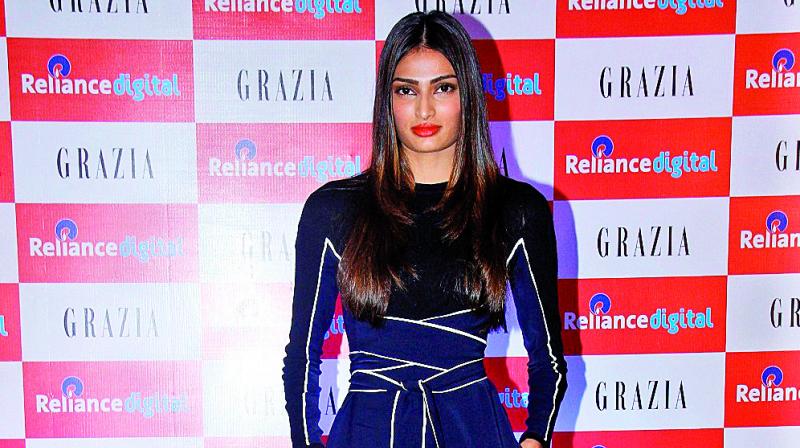 After her 2015 debut in Hero, Athiya will be soon playing an innocent girl in her second film Mubarakan, touted to be an out-and-out comedy film. In retrospect, she is lucky to be doing something different for her second film. We ask her if she is comfortable doing intimate scenes. “I haven’t had an opportunity to perform an intimate scene. Not even a smooch scene,” she explains. “If I am to do intimate scenes, it has to correspond with the script. I am not opposed to it though. Actually, jab hoga tab dekha jayega.”

Athiya is an actress who follows the footsteps of her father Suniel Shetty. And she is so overwhelmed with the kind words that his name invites, that she is careful about not tarnishing it. “Whoever meets me always talks about my daddy. The kind of respect he has earned from the film industry, and even outside, runs at the back of my mind. I make sure that I don’t ruin his image.”

About her brother Ahan Shetty, who is all set to make his debut in films, Athiya discloses that he’s the one who advises her. She says, “If you thought that I am the one who advises him, then you are wrong. I look up to him for his inputs on the smallest of things. In fact, I follow him blindly. We have been brought up in a joint family, and thus we share a very good bond in the family. Since Ahan is making his debut in films, I am anxious to see him doing well.”

Athiya is a travel freak,  and would love to visit all the places in India, if possible. The Taj Mahal is next on her list. “I would love to go and see this wonderful monument some day. Probably, very soon. I am planning to go to Jaipur and Goa as well,” she concludes.