Many actors were seen sharing the message and Sitaram’s pictures and asking more fraternity members to join hands to help him. 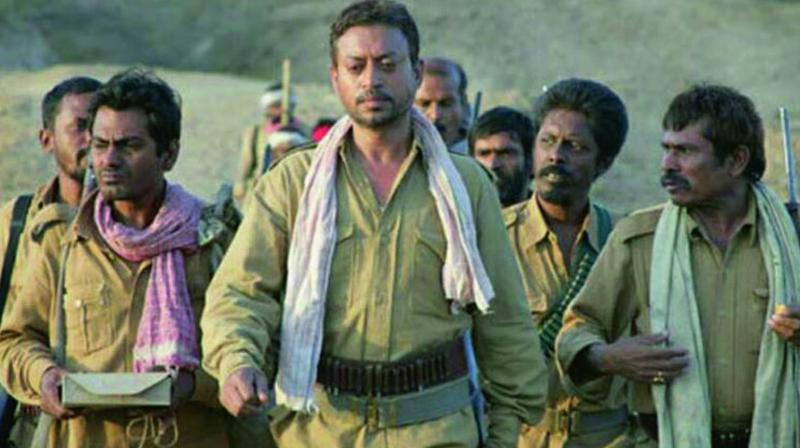 Actor Sitaram Panchal has done many films and TV shows. Here, he is seen sharing the screen space with Irrfan Khan and Nawazuddin Siddiqui in Paan Singh Tomar.

On Saturday, a screen grab of a personal message from actor Sitaram Panchal began to float on several social media platforms. In those messages, the senior actor, who has been part of many films including Slumdog Millionaire and Paan Singh Tomar, was seeking monetary help from people as he was battling with cancer. Many actors were seen sharing the message and Sitaram’s pictures and asking more fraternity members to join hands to help him. The message had the cancer patient’s bank details as well.

Filmmaker Ashwini Chaudhary, who is also the General Secretary IFTDA ( Indian Film And Television Directors Association), asked Amit Behl and Sushant Singh of CINTAA (Cine and TV Artistes’ Association) to help in a tweet. Speaking to us, Amit informed, “Sitaram is a senior member of the fraternity and he is in the last stage of cancer. The moment this news got circulated, artistes who stay near his house went to meet him. We have circulated his bank details among various actors and help has already begun to pour in. While we are helping in individual capacity, the association will try to provide medical assistance via hospitals we have tie-ups with. We are hoping that he recuperates soon.” 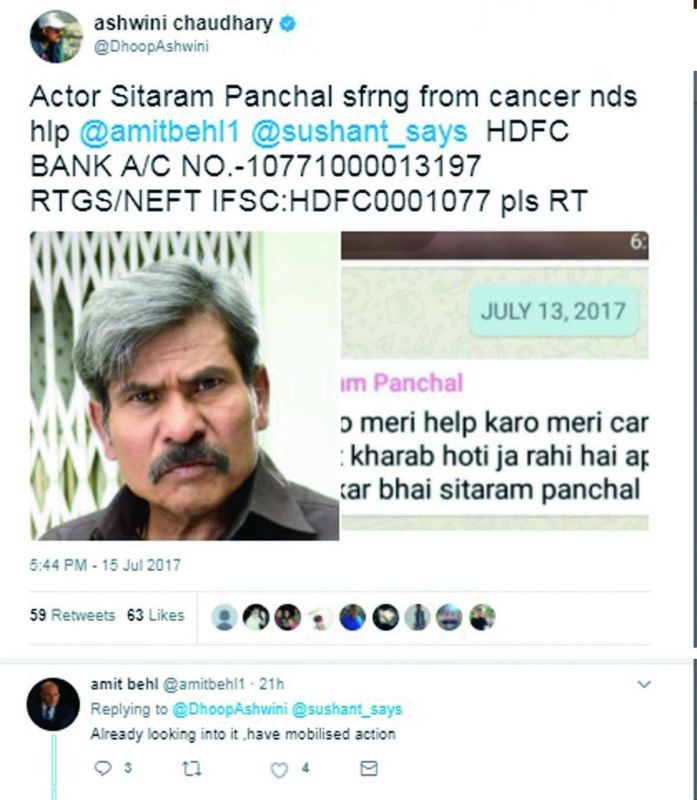 Ashwini, in the meanwhile, has been trying to arrange help from the Haryana Government.

Sitaram’s wife confirms that money, even if in small amounts, is being transferred to his account. “We have received donations of Rs 5,000 and Rs 10,000 but are yet to get a really big amount from any noted actor. Our medical expenses aren’t much because we have opted for Ayurveda treatment but because my husband hasn’t be able to work for last year or so, there’s hardly any money to run the house,” says Uma Panchal. Their son is a college student and is simultaneously looking for a job.