Heroes get typecast, not me: Nawazuddin Siddiqui

Versatile actor Nawazuddin talks about life lessons and value of education, his love for grey characters, getting into the mind space of Manto... 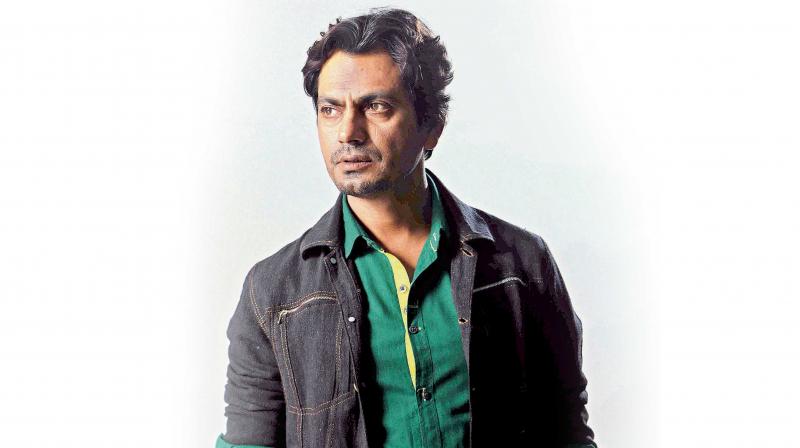 They say, you know a star has arrived when he/she enters a room. But with megastar Nawazuddin Siddiqui, it’s more about blending in than standing out. The artistic chameleon sits in a corner, re-lighting his half-smoked cigarette, when we meet him to talk about his life, passion and movies. Excerpts:

‘I love playing grey characters’
From Faizal Khan of Gangs of Wasseypur to playing Saadat Hasan Manto in his next film, Nawaz has a vast and vibrant onscreen canvas. But the actor asserts that he gravitates towards grey characters more often than any other: “I love playing them because those characters have everything that a human being comprises — something good, something bad, something ugly, some confusion, some pessimism as well as optimism. That’s what a human is made of, in its true form and format. Hence, I love portraying it onscreen.”

The teaser of his upcoming Babumoshai Bandookbaaz, where he plays the role of a contract killer, came out recently and one of the dialogues ‘Hum outsourcing karte hain, Yamraj ke liye’ has gone viral. Nawaz candidly claims that this is his boldest movie so far. “There are a lot of layers to the character. It just pushed my limits. Also, this is the first time audiences will witness a desi Bond, and iska level hi kuchh aur hi level hai. I love people who have a crooked or a haatke mind like this one.”

Does he ever fear getting typecast in this industry? “Typecast toh hero hote hain, not a person like me,” he smiles. “You see, heroes do the same thing over and over again, and that for me is getting typecast. As an actor, I want to experiment and explore to the fullest of my abilities. I don’t think I’ll ever get typecast,” he smiles.

Education versus qualification
Nawazuddin recently joined the ‘Shiksha Superheroes’ campaign that acknowledges consumers, the real-life superheroes, who make a simple brand choice of buying P&G products and contribute to the noble cause of impacting the lives of thousands of underprivileged children.

Nawaz also emphasised on the importance of education in the lives of children. However, having grown up in a big joint family of farmers with nine siblings — seven brothers and two sisters — in Budhana, a small town in Muzaffarnagar district in Uttar Pradesh, the actor says that education never really played an important role in his life when he was young.

“I come from a place where education was not given much of an importance in one’s life. Though there were quite a few educational institutions around, the facilities weren’t there, so it never really interested me. I went to a government school in Budhana where padhai hoti nahi thi par pitai bahut hoti thi.”

Ask him about his definition of education and teachers and he shares, “Education is a lifelong process. You learn from life’s experience, failures and success. More from failures than success. As far as teachers are concerned, yes, there have been quite a few teachers who have impacted my life, shaped it in a way that reflects in the person I am. But on a philosophical note, life’s a great teacher — unbiased, unabashed, unforgiving.”

Entry and exit
Siddiqui is known to delve into any role that he plays in-depth, add his own elements to make it look and feel more real and believable. For lending his face for a new identity as legendary writer Saadat Hasan Manto, a project that completely transformed his physical appearance, he talks about the process of getting into the skin of a character: “There are two ways or crafts of going inside a character — first, get into his emotional mind space, thoughts, opinions, habits, reactions, worldview, etc. to understand him. Or the second way — emulating his physical appearance. I usually take the first route. But for Manto, I went the other way. I started getting into the physical aspects of Manto. The way he dressed, the way he lived, the way he wore his clothes, his mannerisms, the books he liked and stories he wrote, songs he liked to listen to, etc. I discarded all the modern-day equipment and sat in a room and placed all his books nearby. I tried to travel back in time. Slowly what happens is that you get into the mind space of the character too.”

And how does he step away from a character he has inhabited? “Now that takes time. Beech mein ek do baar wife se dant kha liya to apni aukaat apne aap wapas aa jati hai,” he laughs, adding, “Ya phir local train mein travel kar lo, you get pushed from left, right and centre which in turn centres you from within. It reminds you that you are a human, not a star, not Manto, not a superhero, but a normal person.”