SRK is like my second dad, says Ananya Pandey

Ananya Pandey chats about the sacrifices she made to get her debut role, her best friends and Kartik Aaryan. 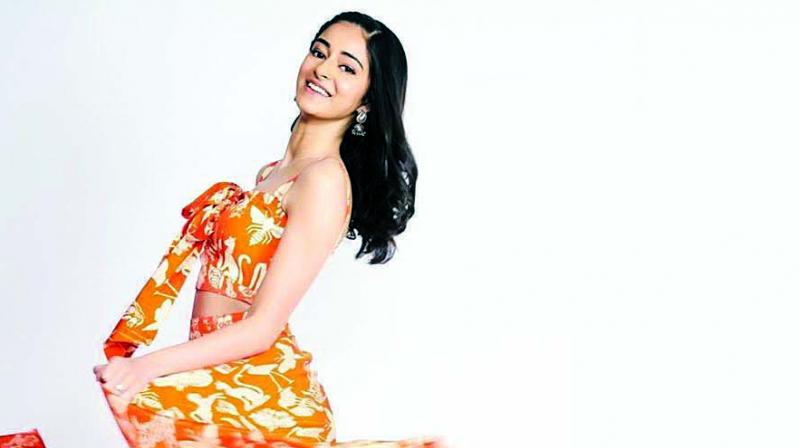 New kid on the block Ananya Pandey, who created quite a buzz with her debut in the Karan Johar produced film, Student of the Year 2, reveals that she had to forego her education in order to take up the role. But Ananya says that she has no regrets because it was done in the spirit of fulfilling her dreams.“My mom always emphasised on getting a degree because she is well educated. That’s why I applied to colleges, but this is my dream to become an actress. I thought I should give it one shot, so I had to make that decision of choosing films over college and I am glad I did it,” she says, and adds that “I also feel education is very subjective because I don’t think I need to go to college to be educated. I am getting educated in my field which is acting and the best way to do that is to be on the sets.”

Though Ananya comes from a family that has deep roots in the industry, she says that she had to work hard to get a role in SOTY2. “I do accept that I do have it easier than most people and that we do have access to the industry, but once you enter those rooms (audition rooms) what you do in there and how you prove yourself depends on your talent.” The actress also reveals that she doesn’t have too many star-kid friends and is still star-struck when she runs into established actors on the set.

“Only Suhana (Shah Rukh Khan’s daughter) and Shanaya (Sanjay Kapoor’s daughter) are my close friends from the industry and we share everything. But while growing up, I don’t remember going to the sets. I have never been to my dad’s sets. So I am very star struck even now when I meet stars,” the actress tells us. But what about when she meets Suhana’s dad, we ask. “SRK is like my second dad. He is my best friend’s dad so we used to go with him for all the IPL matches,” is her reply.

Ananya's debut comes at a time when many other star-kids are making or have recently made their debuts in the industry. Saif Ali Khan’s daughter, Sara Ali Khan made her debut in 2018 with the film Kedarnath and was also seen in Simmba that same year. Janhvi Kapoor made her first silver screen appearance in Dhadak in the same year as Sara. We ask Ananya Pandey if she finds the current milieu in the industry threatening, to which the actress says, “I love the competition and I see it more as a benchmark than a threat. Sara and Janhvi are both motivating and I think Sara is so well received by people. People love the way Sara is because she is real and I think that’s so important.”

And so, the actress talks quite candidly about her fondness for Kartik Aaryan, a topic that has been making headlines for a while now. She says, “I am very open about my feelings. If I have a crush on someone, I always say it and I find him cute and I am lucky to do a movie with him. He is a selfless person and is always looking for ways to make the scene better. He helps me with my lines and I am new, so I need all the help I can get. We have a comfortable equation and I love hanging out with him.”

Ananya also tells us about her relationship with her parents, Bhavna and Chunkey Pandey. While it is her stylist mom who she turns to for fashion advice, the actress says that her father has taught her to not be swayed by success or failure. “One thing I have learned from my father is that he has never changed because of failure or success. He has been nice to people at his highest and lowest. That’s something I really want to learn.”