The beloved pair recently came together to launch the new song of the film titled 'Zinda'. 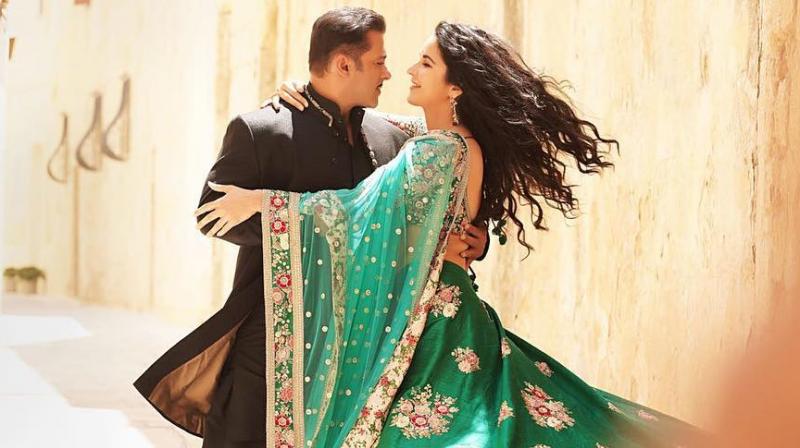 Mumbai: 'Bharat', starring Salman Khan and Katrina Kaif as the lead pair, is easily amongst the most-awaited films of this year. The period drama, directed by Ali Abbas Zafar, has been making headlines ever since its announcement. Salman and Katrina's on-screen pairing is one of the major highlights of the film and after their romantic number, 'Chashni', fans are too excited to witness the magical chemistry of the two.

Salman and Katrina, along with the team Bharat, recently interacted with the media at the launch of the new song 'Zinda' from the film.

The on-screen couple got into a funny banter at the song launch when one of the fans quizzed the superstar about Katrina's performance in 'Bharat' to which he said, "Katrina has done a lot of hard work. She has done a brilliant job in the film. She will definitely win National Award for her performance."

Since the time 'Bharat' trailer dropped, Katrina Kaif is being hugely praised for her impeccable Hindi as well as her simple yet graceful look in the film. The actress will be seen playing a no non-sense government officer named 'Kumud' in Salman Khan starrer.

Directed by Ali Abbas Zafar (Tiger Zinda Hai, Sultan), Bharat is an official remake of the 2014 South Korean blockbuster Ode to My Father, which traces the history of the country through one man’s life experiences.

Produced by Salman Khan Films, Reel Life Productions and T-Series, Bharat will be released on June 5.