Sonam-Kareena starrer gets ‘A’ certificate

All the cusswords, abuses and profanities that had shocked the prudes in the film’s trailer have now been allowed to stay. 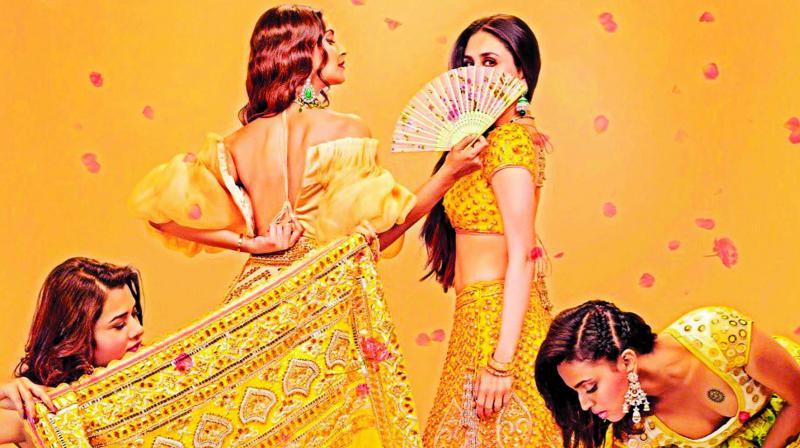 Director Shashanka Ghosh and producers Ekta and Rhea Kapoor’s Veere Di Wedding is being pitched as the chick flick of the year. But on Tuesday it was the two female producers’ fathers, Anil Kapoor and Jeetendra, who attended the screening for censor certification of the film featuring the newly-married Sonam Kapoor Ahuja, Kareena Kapoor Khan, Swara Bhasker and Shikha Talsania.

Apparently, several members of the CBFC were ‘dead against’ letting the four heroines use such language, like what one CBFC member described as ‘drunk fisherwomen’.

Says a source in the know, “Both Jeetendra and Anil argued heatedly in favour of the colourful language spoken in the film. They are convinced that today’s youngsters speak that foul lurid leery language. Some panel members objected. But finally, the board members agreed to let the language remain intact and gave the film an ‘A’ certificate.”