They took to social media to convey their appreciation towards the film which has broken all box office records. 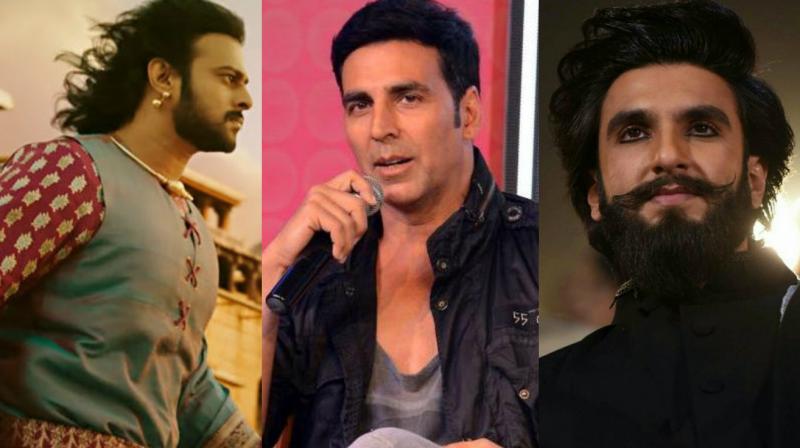 The Prabhas-starrer is still making headlines and Akshay and Ranveer have also been left fascinated.

New Delhi: 'Baahubali 2: The Conclusion' has decimated every competition on the Box Office that has come its way. Even Rajinikanth called it 'India's cinema pride' and the latest actor to join the 'Baahubali 2' fan club is none other than Ranveer Singh.

The 31-year-old-actor took to Twitter and expressed his love for the movie in his usual quirky style.

The filmmaker was quick to respond and thanked the 'Befikre' star for appreciating his movie.

The director wrote, "Thank you so much Ranveer..:)"

Thank you so much Ranveer..:) https://t.co/CBo6njMXqo

On Monday, Akshay Kumar too had showered Rajamouli with praises and said that the movie deserved all the hype and success.

While, Twinkle Khanna called Kattapa her 'Bae' and she admitted that she is quite 'addicted' to this character.

'Baahubali 2: The Conclusion' became the first Indian movie which has crossed the magical figure of Rs. 1000 crore globally, while the Hindi version has grossed over Rs. 390 crores at domestic Box Office.