My family is biased: Alia Bhatt

Alia Bhatt on being a good child, her parent’s reaction to her work and how she feels about receiving so much appreciation and love. 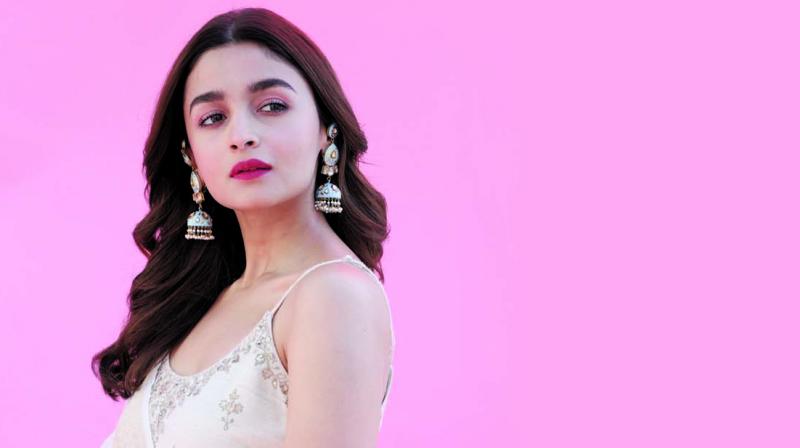 Actress Alia Bhatt is expressive and emotional, and has never shied away from speaking about her affection towards her family members, especially her mother and sister and how she loves to keep presenting them with gifts. The way she has carried herself in the public eye speaks at length about her good-girl personality. In fact, recently in a media interaction, her mother Soni Razdan also stated that Alia has always been a good child. When the actress was asked about it, she admitted and said, “Yes! I am a quiet child. I never troubled my parents much. I loved going to school, I used to play in the building and would come home at nine. I would sleep well.”

“I would get up every morning and sit and chat with her for 10 minutes about the day. I used to have breakfast and go to school. I continued that during my (early) working years,” she adds recalling those days. The actress moved out of her mother’s home in recent times and speaking about how she maintains that bond, she says, “I make it a point to do a video call every day and talk to her so that we can see each other as well as remain in touch.”

Born to an actress and a filmmaker, how do Alia’s parents react to her work? “My family is biased. My mom does not praise me so much, she says ‘okay, you have done well!’,” she says about her mother and adds that her father wanted to watch the trailer of Kalank and so she sent him to Karan Johar’s office. “After watching it, dad sent me lengthy messages, which he has never ever done earlier. He said, ‘Who is this person who was walking so gracefully? I was dazzled by her’. I never walk so gracefully. I am a very today’s girl. But it was something I had to bring to the character to make it different. Every girl will connect to the character. Our elders who have gone through this situation will connect as well. I played Safina in Gully Boy who is today’s girl and is very crazy. Roop is totally opposite and she is different.”

It is also an interesting time for Alia, who is not only doing some big films but is also being showered with awards. Reacting to this, Alia says, “More than being happy, I feel a lot of gratitude for all the opportunities that I am getting. It’s almost an unreal feeling. Back to back, I had RRR and Inshallah and the Filmfare awards... so much was happening that I would go and pray to all the gods and say ‘thank you’. More than anything, what is important for me is the process — going on the sets and playing the character honestly. After that, I should not pay attention to what is happening outside. Whether I am successful or not or whether I am number one, two or three... that is not important. The more honest I am to my work, the character will stick with the people. The only way I can reciprocate the audiences’ love is by entertaining them, apart from saying ‘I love you’ on social media. I can show love only through good films. If the film doesn’t do well, I will feel disappointed not for myself but because I  have disappointed the audience.”