Kesari was an emotional journey for me, says Akshay Kumar

Ahead of the release of his film Kesari, actor Akshay Kumar reveals why he has an emotional attachment with the film. 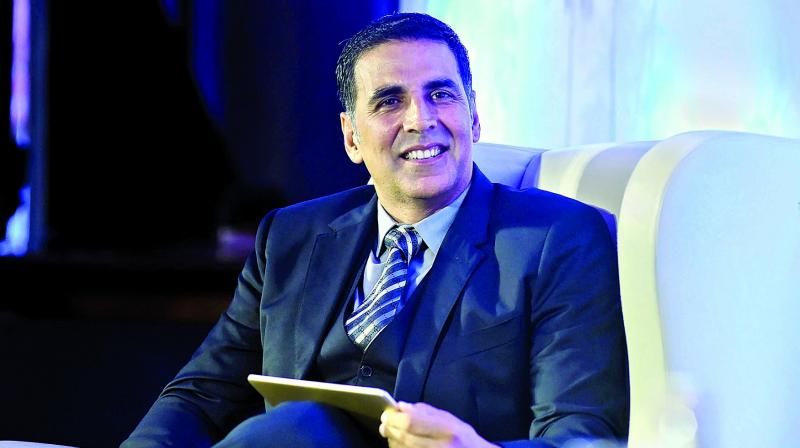 “Youth should come and see the film to understand what sacrifice and bravery is all about,” says Akshay

Ahead of the release of his film Kesari, actor Akshay Kumar reveals why he has an emotional attachment with the film.

“Kesari was a very emotional journey for me because my father was also a soldier. He was in the army. And, Kesari too is a story about soldiers. If you Google it, you will realise that the Battle of Saragarhi is the second topmost battle in the world. We celebrate a film like 300, which is fictional, but this is a real story of 21 soldiers who held off 10,000 invaders knowing they would eventually die in the battle. The British celebrate it as Saragarhi Day but we don’t,” says Akshay.

Directed by Anurag Singh, Kesari is about the Battle of Saragarhi in which an army of 21 Sikhs fought against 10,000 Afghans in 1897.

“There is a song in the film about the last 30 seconds he (Havildar Ishar Singh played by Akshay Kumar) had before dying. That is the time when everything that has happened in his life plays in front of him in those 30 seconds. That is truly a very emotional part of the film and the youth should come and see the film to understand what sacrifice and bravery is all about,” adds the khiladi.

Akshay then talks about his look in the film. “I am wearing a pagdi that weighs a kilogram and wielding a four-five kg sword in the film. But, the Sikh warriors in those days wielded swords that were weighing even 20 kgs and fought with that. I guess it must be because they had asli (pure) ghee,” smiles Akshay.

At this moment, Karan Johar butts in saying, “Looking at how fit he is... he must still be having desi ghee. He is so disciplined. He called me once for a meeting at six. I presumed that it was six in the evening but he had called me in the morning.”

Akshay immediately took a dig at Karan’s lifestyle. “That is possibly because you went to a night school!”