Watch: Taapsee steals the show from other stars in Naam Shabana 2nd trailer 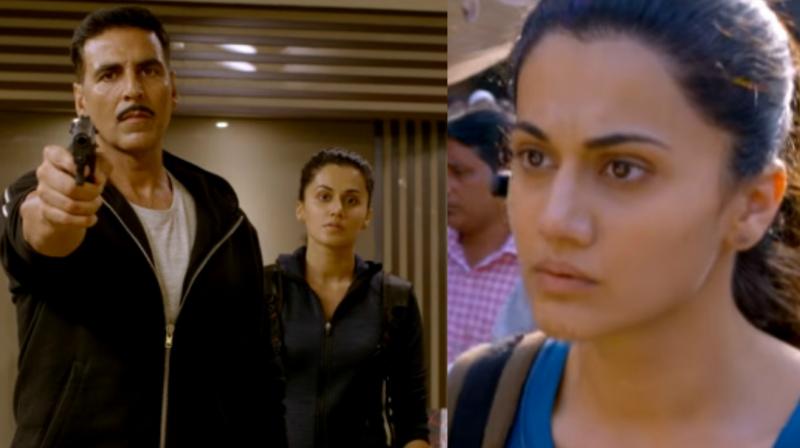 Akshay Kumar and Taapsee Pannu in the second trailer of the film.

Mumbai: 2015 film 'Baby' was a success at the box office and Neeraj Pandey is keen to replicate its success with 'Naam Shabana', this time not as a director but as a producer.

'Naam Shabana,' India's first spin-off, has already been in the news, thanks to its excellent first trailer and phenomenal ensemble.

And if the second trailer is anything to go by, the film has virtually everything going for it.

There's much more of Akshay Kumar in the film than one must have imagined. There's the gleefully straightforward Manoj Bajpayee being the no-nonsense coach. There's Mollywood star Prithviraj playing an out-and-out negative role. There's Anupam Kher and Danny Denzongpa reprising their much loved roles from 'Baby,' the first film in the franchise.

But the film, nevertheless, is a Taapsee Pannu show through and through as has been amply made clear in the second trailer as well.

'Naam Shabana,' a Shivam Nair directorial, has her ruthless police act touching new peaks, with the brand of filmmaking that one associates with Neeraj Pandey, to ably augment it.

The film is slated to release on March 31.