The filmmaker took to Twitter to inform his fans of the number of hits the much-anticipated trailer has garnered. 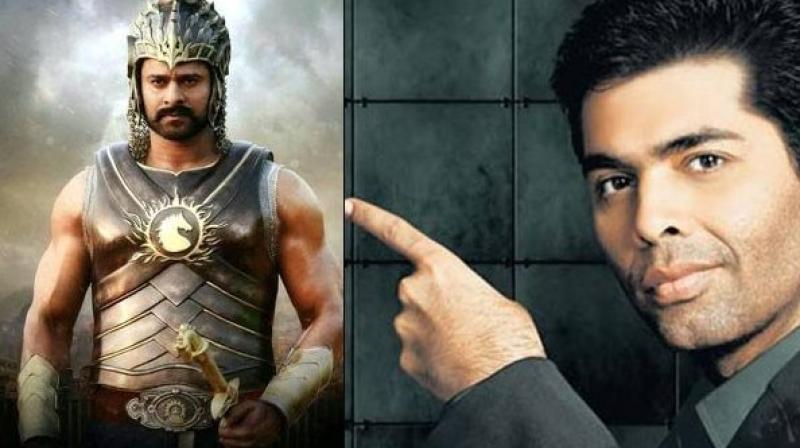 Karan Johar was present along with the team of the film on Thursday to launch the trailer.

Mumbai: After months of anticipation, the trailer of 'Baahubali: the Conclusion' was released on Thursday and within no time it went viral on social media.

The trailer has created history by getting viewed a whopping 50 million times within 24 hours of its release.

Karan Johar, the co-distributor of the Hindi version, took to his Twitter feed to express his excitement.

In the trailer, we see Prabhas as Amarendra Baahubali, promising to protect the kingdom of Mahishmati and even being ready to sacrifice himself for the people of the kingdom. He takes on the baddies, Katappa and Bhallala Deva, played by Sathyaraj and Rana Daggubati respectively, in some intense war sequences in the trailer.

We also see Maharani Devasena, played by Anushka Shetty, showcasing her fight skills. The romantic bond between Baahubali and Maharani Deva also shines through beautifully in the trailer and will definitely be one of the highlights of the film.

The high-octane combat scenes, VFX, emotions and drama will definitely make fans rush to the theatres to book their tickets.

'Baahubali: The Conclusion' releases on April 28.