Sanjay Leela Bhansali's 'Padmaavat' is set to release on 25 January, 2018. 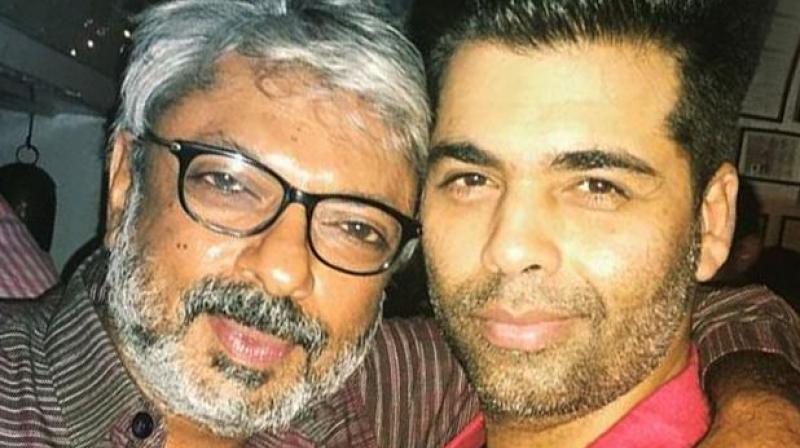 Mumbai: Director Sanjay Leela Bhansali is ready to show audience his much awaited ambitious period drama ‘Padmaavat’. The director and his leading trio - Deepika Padukone, Ranveer Singh and Shahid Kapoor - are all set to promote their film in the next two weeks.

Sources mentioned that SLB and Ranveer Singh are slated to go on Karan Johar and Rohit Shetty’s show 'India’s Next Superstars'. The shoot is slated for next week. A source told, “The show is about scouting superstars among people who have no connections in the industry and Ranveer epitomises that. So, he has been invited and the makers are keen on having SLB, too, as it will be interesting to see him and KJo on the same platform.”

The ‘Ae Dil Hai Mushkil’ director was earlier rumoured to have a trouble with Bhansali. But Karan recently praised the style and aesthetics of Bhansali’s films, especially with regard to latter’s upcoming period film ‘Padmaavat’. When the first look of Deepika Padukone from the film was launched, Karan said, “She looks stunning. That’s one thing about Sanjay Leela Bhansali, his aesthetics are always beautiful and the best. His sense of visualisation, beauty is the best we have in the country.”

After Kangana Ranaut, who had problems with Karan Johar appeared on the show, the makers are hoping for another reunion, this time between him and Sanjay Leela Bhansali. “Talks are on and it will be decided in two days,” added the source.

Sanjay Leela Bhansali's 'Padmaavat' is set to release on 25 January, 2018.