Looking at only half the picture?

CSMVS’s decision not to screen Lipstick Under My Burkha has proved, yet again, society’s unwillingness to accept women’s sexuality. 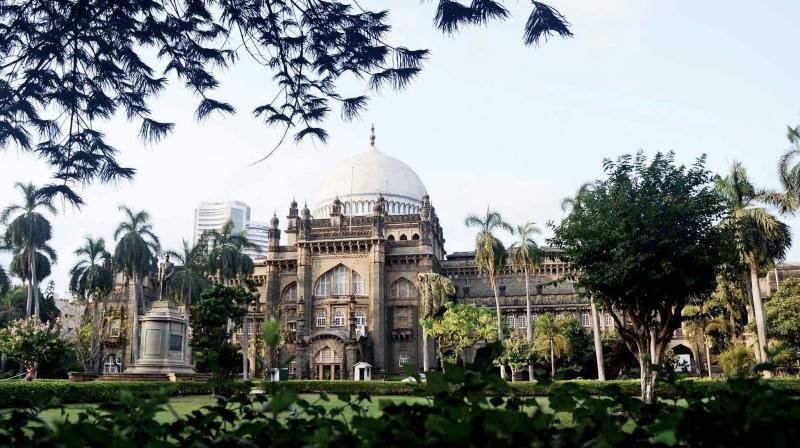 It was trouble from the minute the Chhatrapati Shivaji Maharaj Vastu Sangrahalaya (CSMVS) decided against screening Alankrita Shrivastava’s famed — and once controversial — Lipstick Under My Burkha at its film festival India and the World: The Changing Narrative.

Explaining that the film came with an adult rating and sexual content that was unfit for younger audiences, the panel at the museum finalised the screening of Newton, Mukti Bhawan, Qarib Qarib Singlle, Ajji, A Death In The Gunj and Bareilly Ki Barfi, eventually replacing Lipstick Under My Burkha with Lagaan. 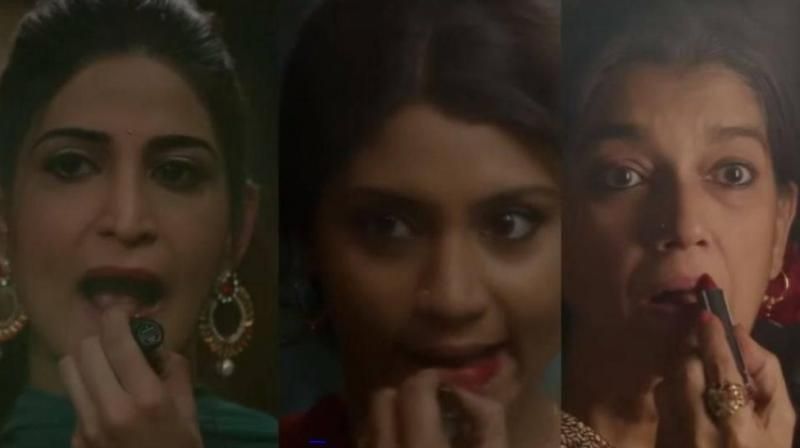 Lipstick Under My Burkha poster.

According to reports, the festival’s curator, screenplay writer Anuraadha Tewari, alleged that the decision was not only last minute but she was also not informed of it. This was a problem, considering how she took care of all the permissions around the screening.

Interestingly, the film festival, which took place from January 12 to 14, was a part of the museum’s ongoing exhibition India and the World: A History in Nine Stories that was to serve as a platform to discuss the evolution in the recent past in Indian cinema.

However, CSMVS director general and secretary Sabyasachi Mukherjee maintains this is all a “miscommunication” that has ignited this turmoil. “Anuraadha never expressed her disapproval to me — she didn’t say anything at all. So this sudden controversy comes as a surprise to us!” he says.

Last year, the team of Lipstick Under My Burkha fought months-long battle with the Central Board of Film Certification (CBFC) to secure a release. The board, and the then-chief, Pahlaj Nihalani claimed that the movie was “lady oriented” and “their fantasy above life”.

Sabyasachi continues to explain why the board chose not to screen the controversial movie. “Lipstick Under My Burkha, while being a good film, contains sexual content that the board thought was unfit for children,” he begins, adding that the museum is a public space with only a limited area demarcated as an adult space.

“The exhibition invites young and old alike. But because these screenings were open to all, we couldn’t play the content freely,” he says.

Sabyasachi’s explanation leaves a lot of questions unanswered. For instance, if Lipstick Under My Burkha has adult content, how did the panel pass Ajji, which has not only depicts a graphic castration but also has segments dealing with child rape?

“Scenes in Lipstick… are explicitly direct,” says the director general adding that Ajji’s rape and castration scenes are nothing but graphic.

Aahana Kumra, who stars in Lipstick… has a hard time digesting this line of thought. “When I watched Ajji, I left the theatre very disturbed. It is not an easy sight — a child is being raped on the screen,” she says, evidently horrified even as she recalls the film. But the actress fails to understand the comparison between the two films. “Does this mean that graphic, violent rape scenes are more palatable than content about women created by women?” she questions.

That both the films have a certain standing from a social perspective is undoubtedly true. But disallowing one’s screening owing to its sexual content is a rather disillusioned approach. “We are moving backwards, but even then things were not this bad. There is no vikas, only ‘avikas’ happening. It is stupid to drop films that have meaning and the possibility to empower women. The trouble is we don’t question,” asserts Mahabanoo Mody Kotwal, who runs the renowned play Vagina Monologues. “The society doesn’t want to accept women; there is certain hatred against women,” she adds.

Avinash Das, creator of Anarkali of Aarah, credits this “miscommunication” on the museum’s part as a misunderstanding of cinema itself. “We can say it’s their prerogative to show what they want, but at the same time, it is very sad. The film passed through all the controversies, is certified and authorised to show anywhere,” he laments. “This only means the understanding of cinema is lacking in the organisation,” he says.

While Aahana is hurt with the easy sidelining of her film, she strives for the right of both the films to be screened. “Ajji opened an entire new reality for me — one that I didn’t even know existed!” she says. “And that is exactly what cinema does. It opens new worlds, new realities for people. We created Lipstick… with the same goal — to open women’s realities to the world. However, if our voices are hampered this way, how will our word ever come across? How will they see our realities?” she questions.

At the same time, producer of Lipstick… Prakash Jha, reserves judgment because the festival is at the discretion of the museum. “It really is their prerogative if they chose to screen or drop it; who am I to say anything,” he sighs.

Experts speak...
Aditya Kripalani, filmmaker, writer, producer
Coming from a nation with a population like ours, it’s funny how scared we are of sexual content. Let’s talk about sexuality a bit more, suppress it a bit less. We might just have less perversion then. Lipstick... is about four women fighting, or dealing with patriarchal suffocation in their own way, trying to find a way to breathe somehow. Can’t see where this seems so sexual!

Pankaj Dubey, author, screenwriter, filmmaker
This is, in a way, killing the freedom of expression and democratic values. Once the film has been passed by the CBFC and all the stakeholders of the civil society believe that such a film should be shown, it should neither be banned or restricted in any form from screenings. I think the grounds on which the film has been rejected are ridiculous. I vehemently oppose such a move of any film festival that refuses to screen a film passed by the CBFC.

Raja Sen, film critic and writer
In India, we have grown to accept inconsistency from any sort of government body, especially with regards to cinema where everybody thinks they can make up the rule. As far as I am aware, the curator of the festival was not informed about any such restriction. The problem is no one follows any sort of rules in cinema consistently. They just make it up as they keep going along, like the makers of Mukkabaaz had to self censor and Padmaavat has been censored in a whole new fashion. The screening situation is unfortunate but doesn’t feel surprising. There is a strange sort of mindset that is being pushed which says any restriction is good thing. But this is a harmful way of thinking.
— With inputs from Nirtika Pandita and Pratyush Patra