Nick Jonas and Priyanka Chopra Jonas are divided over their respective pups not getting along. 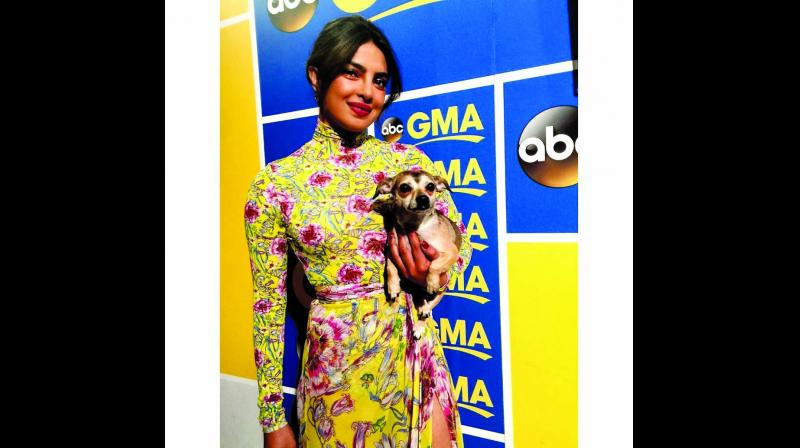 Ever since a new member has joined the Jonas-Chopra family in their swanky new home in Los Angeles, things have been a little stressful for Priyanka Chopra-Jonas.

The story goes that  Priyanka decided to  gift Nick a German Shepherd on his recent birthday, and he immediately fell in love with his new ‘baby’. Priyanka and Nick lovingly named the new member of their family Gino.

Little did they know that Gino’s presence would wreak havoc in the life of  Priyanka’s poodle Diana. As soon as Gino arrived, it was hate at first sight for Diana, whose space was threatened by an alien presence.

To make matters worse, Nick put his new little ‘son’ Gino on Instagram, and he accrued almost as many followers in one day as Diana has accrued over many months.

There is a clear division of loyalty between Nick and Priyanka regarding their pet progenies, who show no signs of warming up to each other. Either the Jonas-Chopra couple will continue to be divided on the issue, or the two canines will decide  to resolve their differences and behave like ‘siblings’.