The Dabangg actress talks about her history with the franchise, working with Salman, and women’s rights. 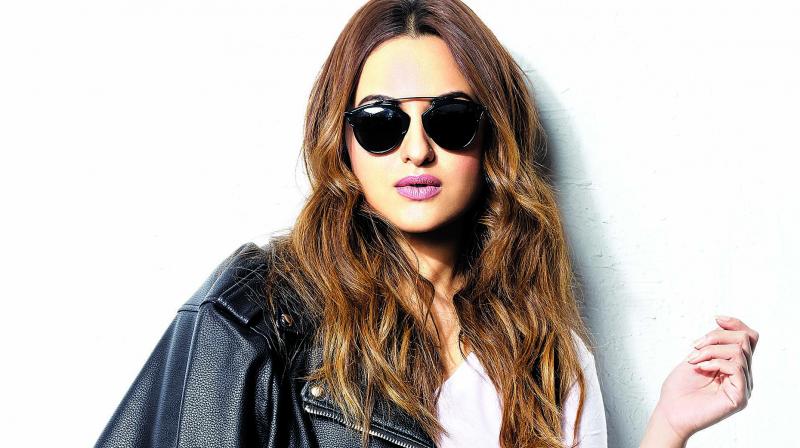 Sonakshi Sinha has stayed loyal to the Salman Khan camp from her very first film: the first instalment of Dabangg in 2010. Ten years on, the actress is back as Rajjo in Dabangg 3, and says that staying grounded is something she has learnt from Salman himself.

“Whatever I have learned, I have learned on sets and through experiences. Salman is somebody who is used to being himself. He has whole-heartedly accepted that and is true to himself; stardom has really not affected him. That’s one thing I really like about him,” she explains.

The 32-year-old further muses that his approach to stardom is the right way to go. “You can’t take stardom seriously because today you are here, tomorrow you may not be in the same position. So you have to treat success and failure in the same way. It’s really inspiring to watch a person like him (Salman) with tremendous stardom not even take it seriously. He will stay in the best of hotel rooms but he will sleep on the couch. He is so grounded,” she says.

Switching gears to Dabangg, Sonakshi shares that Rajjo has stayed with the audience for the longest time. Looking back at her journey, she is in disbelief that it’s been nine years. “I feel like my first film happened just yesterday. It’s been an emotional ride. I feel a lot of people were just debuting then and the western outfits of the time became very monotonous, but suddenly there was this one girl who came in lehenga choli and it worked. It really worked for me. I will forever be thankful for that role,” she smiles.

Meanwhile, the Khandaani Shafakhana actress has seen innumerable ups and downs in her career. She was touted as the `100 crore queen when she started off, as she was delivering back-to-back hits. But then came a phase of back-to-back flops, which she reveals didn’t affect her.

Sonakshi says: “Honestly, for me, even in the beginning when I was giving those back to back `100 crore films, the box office did not matter that much. For me, what mattered was the experience of working on a film, what I take away from it, and how much I learn. So I have never taken failure into consideration because that’s not in my hands. So I don’t like to think about it too much; it’s on the periphery of what I am doing.”

She adds that she believed in herself and just kept going. “People kept giving me work because they believed in me. At one point in time, I remember that Akshay (Kumar) told me, ‘It’s okay, I have had 11 flops in a row and look where I am today,’ so you never know when the tables might turn. You have to have ups and downs in your lives, and if you don’t have them then you won’t grow,” she says.

As for off screen, Sonakshi is extremely disturbed by the Hyderabad veterinarian rape case and says that nothing has changed since the Nirbhaya case in 2012. “It’s horrific to hear such things happening every day. It’s been seven years since the Nirbhaya case and it’s sad to say that nothing has changed today. We live in a country where nobody wants to be called ‘India’s Daughter’ because their daughters are unprotected,” she opines, adding that the future seems ominous.

“Nobody knows where we are headed. Honestly, it’s scary to be living in a place like that so that says a lot about how strict our laws need to be and how stricter action needs to be taken,” she asserts.