Experts weigh in on whether having a more popular sibling can trigger depression and anxiety. 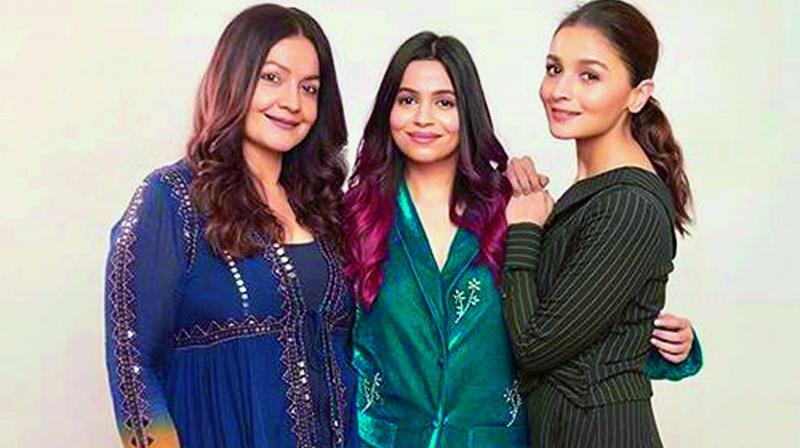 In Alia Bhatt’s sister Shaheen’s memoir I’ve Never Been (un)Happier, Shaheen recounts how she was diagnosed with depression at an early age and how she dealt with it. During the book’s recentlaunch, Alia spoke about feeling guilty for being a “terrible sister” for not understanding Shaheen’s battle with depression. Some years ago, superstar Aamir Khan and his lesser-known brother Faisal Khan had made headlines, too, with Faisal accusing Aamir of forcing him to take medicines for paranoid schizophrenia.

Most of us have grown up being constantly compared with another — whether it’s that annoying super performing cousin or the neighbour’s idealistic child who excels in sports and academic. Worse of the lot is the non-stop comparison with one’s siblings.

However, there’s a growing assumption that sibling rivalry may not be as harmless as we’d once thought especially if the other person is more famous, even triggering depression in the others.

Less successful siblings are under stress
Dr Purnima Nagaraj, consultant psychiatrist believes that the rising percentage of competitiveness has resulted in the increasing number of sibling rivalry cases. “I’ve witnessed many cases where sibling rivalry has triggered depression. People will always compare for one reason or another. But when you feel you have to agree with the world and, in turn, get hard on yourself, it can trigger depression. The percentage even increases among siblings who resemble each other, leading to cognitive resonance,” she says.

Cognitive resonance occurs when one is very proud of a person and yet is conflicted with the dislike felt towards him/her. “It leads to one continuously questioning oneself if that person ‘will ever be good enough’,” adds Dr Nagaraj.

In the case of famous siblings, Dr Nagaraj believes that immense media attention coupled with the public pressure forces the lesser-known sibling(s) to be as fantastic as the famous one. “Everybody puts so much attention to positive things about having siblings that they fail to notice any small indicative of this. As a result, even if the less-famous sibling has the propensity to do well in life in their chosen field, s(he) becomes disheartened following the constant comparison, sometimes harbouring negative feelings, all of which eventually runs them down,” she contends.

“Instead, it’s the perception — of oneself, the situation and the conscious and unconscious — that causes both joy and distress. How one responds to distress depends on multiple things: frame of reference, the support system available and individual personality. It’s a combination of those that lead to or away from depression,” she says.

However, according to psychiatrist, Dr Charan Teja Koganti, genetics can be one of the reasons leading to depression apart from the surrounding environment of having a popular sibling.

Parents play an important role
Dr Koganti emphasises the importance of the environment and a support system as, according to him, most people suffering from depression may have gotten triggered into it between their teen years and when they’re 25 years old. He then goes on to highlight the indubitable roles that parents can play in the situation, stressing on how even they need to be extra careful.

“When parents are constantly making comparisons between siblings, it undoubtedly acts as a trigger. However, they need to be cautious of paying more-than-needed attention to the underperforming child as even that could lead to a similar same problem in the achieving child,” points out Dr Koganti.

However, an ideal world aside, Mamtha contends that it’s natural for parents to discriminate between children. “There would definitely be a difference in the way a parent responds to the more successful child among the siblings. This is inevitable. But what parents need to remember is to give due respect, love and attention to the other child too. If that doesn’t happen, how the child perceives and interprets the situation, rather than the situation itself, could become the trigger,” concludes Mamtha.